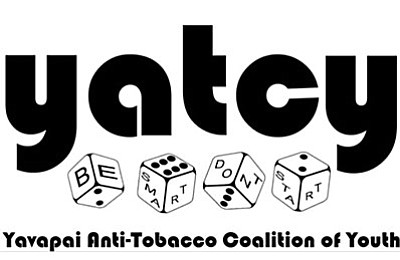 COTTONWOOD -- Members of the Yavapai Anti-Tobacco Coalition of Youth appealed to the city council Tuesday to raise the Cottonwood smoking age to 21. When they finished, the audience clapped and cheered its approval. The council took no action, but YATCY hopes they will approve an ordinance amendment in the future.

Tobacco-21 is a youth-driven movement across the country. 100 cities and towns have already approved local ordinances. Hawaii is the first state to approve the change. If approved here, Cottonwood would become the first municipality in Arizona to raise the smoking age to 21.

Jen Mabery, a health coordinator who works with YATCY kids at Mingus Union High School, said the age difference is important because "young brains are not fully developed" until they are already in their 20s.

The students listed numerous reasons why tobacco should not be used until after 21 by citing facts researched nationally.

Smoking is the leading cause of preventable death.

Changing the smoking age will have minimal retail impact they says, since 2 percent of sales produces 98 percent of new smokers.

The military also has found that smokers are less ready for combat that other recruits and there is a movement to ban tobacco sales on bases.

YATCY earlier successfully asked the council to approve the restriction of smoking in city parks. That action has become city policy.

The group has been active in police stings of businesses to make sure stores screen minors when they ask to purchase smokes.

Mayor Diane Joens said, the city has already investigated the proposal through the state Attorney General's Office. The city was told, that it may not modify the way tobacco is taxed, but it may restrict the age at which a person may purchase tobacco.

At the end of the presentation Tuesday, the Mayor asked the city attorney to prepare an ordinance for the council to consider.