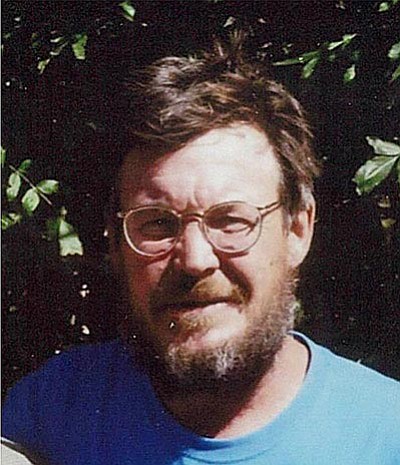 He grew up in Colorado until his high school years in Colby, Kansas, where he was Colby High School state wrestling champion for two years.

He joined the Navy in 1979. He attained the position of Strategic Missile Launch Control Supervisor on a Trident submarine.

After the Navy, he lived in Mesa, Arizona where he learned the drywall trade. While on an out of town job in Cottonwood, he met Carol Killoren and they became companions when he moved to Cottonwood.

He loved the Verde Valley. He helped build many homes here. He spent many happy days fishing at Dead Horse Park and on the Verde River.  May there always be a river for him to fish.

Many people will miss hearing Bill say "Have a happy day." He will be greatly missed.

He is survived by Carol Killoren of Cottonwood, his son Jessse, Montana, his mother Ryita Price, his two sisters Shelly and TC, New Mexico, his brother Kevin of California.

At his request, no memorial services were planned.