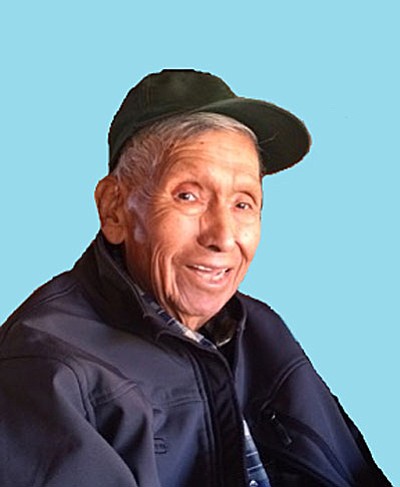 On Wednesday, January 20, 2016, Aaron Russell took up permanent residence in Heaven. His earthly journey ended peacefully with love and dignity surrounded by his closest family and friends.

Born in Clarkdale, Arizona to Samuel Russell and Dora Taketchera, he was a proud Navy veteran who served from 1948 -1952 on the USS Valley Forge and USS Philippine Sea during the Korean War.

A faithful follower of Jesus Christ, Mr. Russell was greeted into the house of the Lord by his wife of over 57 years, Joanna, his son, Mark, siblings Daniel Russell, Sr., Deborah Amato, Elvidia Russell, Esther Scott, Jane Vaughn, Vivian Caling, and numerous other relatives and friends.

He was instrumental in the early development and success of Cliff Castle Casino.

Mr. Russell, highly esteemed by his family and community, treated others with courtesy and respect, and believed deeply in Jesus from the day of his salvation to the end of his earthly life.

His absence creates a hole filled with sorrow in the hearts of his devoted daughter, Siera Russell, granddaughter, Sacheen Ponte, great-granddaughter, Giovanna, and innumerable siblings, nieces, nephews, cousins, and friends.

We weep for joy that he is Home with the Lord and weep with sadness for our loss.

A Funeral Service will be held on Friday, January 29 in the Westcott Funeral Home at 10 AM.

Burial will be in the Valley View Cemetery.