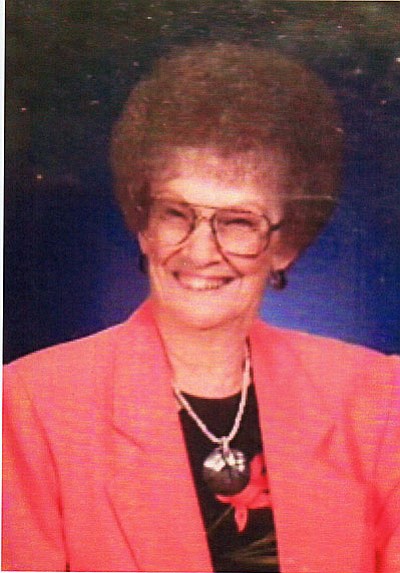 Marilyn attended Phoenix Union High then worked as an operator and receptionist for Mountain Bell. She belonged to Verde Baptist Church and was a Deaconess there.

Marilyn enjoyed ceramics, sewing, hunting and fishing. She was a loving mother and grandmother.

Marilyn was preceded in death by her husband Phillip E. Sims and mother Leola Conklin.

She is survived by sons Jason L. Sims (Elizabeth) of Flagstaff and Phillip D. Sims of Phoenix; sisters Billie Pirtle of Elko, NV and Sonia Torres of Paulden, AZ and 2 grandchildren.

Services will be held on Saturday, January 30, 2016 at 11 am at Verde Baptist Church in Cottonwood.

She will be inurned at the Prescott National Cemetery next to her husband Phillip.

Contributions in Marilyn's name may be made to Verde Baptist Church, 102 S. Willard Street, Cottonwood, Arizona 86326.