Full menu of music this week at Vino Di Sedona 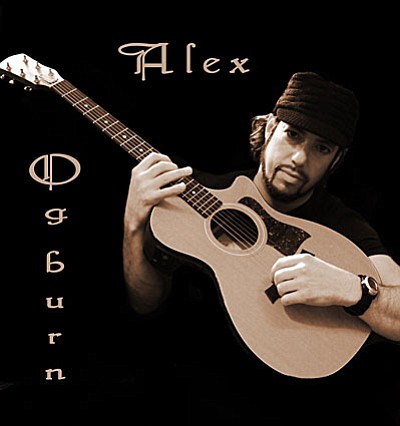 Saturday evening, Alex Ogburn takes over with authentic soulful southern blues and rock. Originally from Birmingham Alabama, Alex has a lifetime of experience in music, he is truly a talent not to be missed. Now a Sedona resident, Alex is a regular musician at Vino Di Sedona. His July 9 set is 7-10 p.m.<br /><br /><!-- 1upcrlf2 -->

Vino Di Sedona welcomes Winter back for a musical performance Wednesday, July 6, 7-10 p.m. Winter's music is mesmerizing and has been described as "the perfect lounge act."

Her music is a unique blend of Americana, folk, and burlesque. Don't fear Trivia Night fans, Trivia Night will be back in August with your favorite hosts, NeuroZach and Lounge Lizard D.

Let the music of Steve Estes take away the "it's not quite the weekend" blues on Thursday night, July 7, at Vino Di Sedona, 7-10 p.m. Estes is an accomplished musician whose vocal and guitar styling covers a diverse range of genres from jazz to classic rock to blues to bluegrass and country; or as Estes puts it "Roots to Rock, Marley to Merle."

Estes is always sure to entertain and interact with his audience, as well as wow them with his expertise on his 12-string guitar.

Ask Vino Di Sedona bar tenders who their favorite local musician is, and most of them will answer "Randy J." Randy J takes the stage on Friday July 8, 7-10 PM. He is famous for his 50's and 60's style surf guitar.

Born in Orlando, Florida, Randy J moved to Los Angeles in 1987 and shortly thereafter began composing music for film trailers and TV spots. He returned to Orlando and formed his band the Tarantulas in 1995; now a Sedona resident, Randy performs as a solo artist and with The Tarantulas as the guitarist and lead singer. Randy performs at Vino Di Sedona the second Friday night every month.

You can get a double dose of music every Saturday Vino Di Sedona. July 9 features two local Sedona favorites, Paolo, and Alex Ogburn. Paolo is an accomplished vocalist/pianist known for putting a delicious twist of romance back into jazz. His audience loves to hear his new arrangements of the great romantic songs of the past.

His musical style is a modern blend of breathy vocals, rich harmonies and soulful rhythms. His "best musical friend" is his keyboard, and his "favorite song" is the one he is singing each moment. Paolo performs during wine tasting the 2nd and 4th Saturdays of each month, 3:30-6 p.m.

In the evening Alex Ogburn takes over with authentic soulful southern blues and rock. Originally from Birmingham Alabama, Alex has a lifetime of experience in music, he is truly a talent not to be missed. Now a Sedona resident, Alex is a regular musician at Vino Di Sedona. His July 9 set is 7-10 p.m.

Jim French's weekly Open Jam at Vino Di Sedona is becoming a popular Sunday evening destination for locals, musicians, and tourists. Jim French and his talented friends invite other musicians to join in and play music every Sunday, 6-9 p.m. Be a part of the entertainment or a part of the audience, either way a fun night is sure to be had by all.

Get your rockin' shoes on and get to Vino Di Sedona for Music Monday with Terry Bryant, July 11 6:30-9 p.m. Terry is a local favorite who will rock the house!

Sedona's best Open Mic night, hosted by Dan Rice is every Tuesday, 6-10 p.m., at Vino Di Sedona. Each musician is allotted an amount of time, or number of songs, and every week brings a variety of new talent along with regulars like KB Bren, Eric Summer, Randy J, Greg Williams, Vickie Moyer and Dave Rice who frequently play at Open Mic.