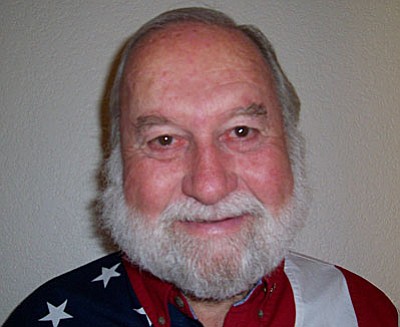 Years in Arizona/Verde Valley: My wife and I have been married 51 years, and we have resided in Arizona and the Verde Valley for 16 years.

Occupation: I am currently a Real Estate Agent for Mingus Mountain Real Estate. I originally graduated with honors from a Building Construction college program, worked as a laborer and carpenter, and advanced to project manager, vice president, and sat on the board of directors for a construction company established in 1919. After that, I was president for my own construction company, completing a multitude of commercial and custom residential projects. I recently built the interiors for the Starbucks in Sedona.

Education: Honors and awards that I received from the building construction college program are as follows: 1. Elected to the honor roll in Alpha Gamma Sigma, an Honor Scholarship Society. 2. Winner of the Walter Putnam Memorial Award for outstanding Scholarship in the Field of Engineering and Technology two years consecutively. 3. Awarded Administrative Honors. 4. Salutatorian of my graduating class.

Elective and Advisory Experience: I am currently a Commissioner for the City of Cottonwood Parks and Recreation Department.

Civic Affiliations: I have volunteered at the Verde Valley Medical Center and the Cottonwood Recreation Center.

Verde Independent: What was your incentive for running for this position; are there things you want to change?

Verde Independent: Who are your constituents?

Hilberger: I am currently on the ballot for a seat on the City Council for the Primary Election held on Tuesday, August 30, 2016. The general election is Tuesday, Nov. 8. The position is for a four-year term.

Verde Independent: What are your strengths that can benefit the council?

Hilberger: I am a common-sense, no-nonsense person that believes in honesty, integrity, and fairness. I want to bring a good balance to the City Of Cottonwood and its residents with a conservative approach. I have over 50 years of business-management experience.