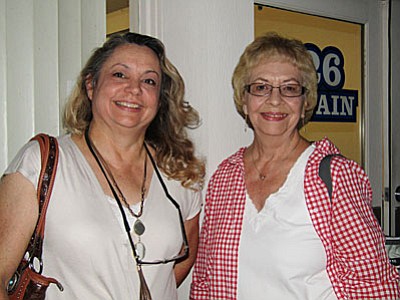 COTTONWOOD -- There was no public comment during the second hearing for Cottonwood's new fiscal year budget Tuesday night, but Council Chambers were full of potential candidates seeking appointment to two long-term council vacancies.

The four remaining council members approved the spending plan and set the budget limitation at $73.1 million, which was the only other action item on the agenda.

One candidate for council appointment, Timothy Murphy, did not attend, but each of the 11 remaining candidates was asked seven questions to help assess their capability for the position.

1) Why they seek the appointment

2) What assets they bring to the position

3) Any prior experience in elective or non-profit positions

4) How to go about budgeting

6) How resolve negative impacts to another

The questions took all 11 candidates more than two hours to complete. During that time, the four seated council members scored responses of each of the candidates in notebooks prepared for the process.

When the questions were complete, the city clerk totaled the council scores in order to name the two highest scoring candidates. Cottonwood Mayor Diane Joens announced the appointees as Kyla Allen with a score of 106 and Linda Norman with a score of 94.

The two appointees will complete terms vacated by Tim Elinski and Randy Garrison.

Allen formerly worked as Administrative Assistant for the Manager and Police Chief. Norman was a former council member.

During the planning session, council members said they hoped to find someone with experience who might hit the ground running.

The pending Jesse Dowling vacancy is on the ballot Aug. 30. The council will decide how to proceed after the election.

Joens told the audience that it was "Truly extraordinary at the number of skills people brought to serve the city."

She said, "In two short years, remaining candidates will have a chance to run for office again." She said it is very unusual to have such a high number of interested voters and candidates.

Vice Mayor Karen Pfeifer agreed: "I have never seen this caliber of applicants before."

Joens said the appointees will be sworn in at a special council meeting Thursday at 6 p.m. in council chambers, when outgoing councilmembers would also be honored with plaques to remember their service.