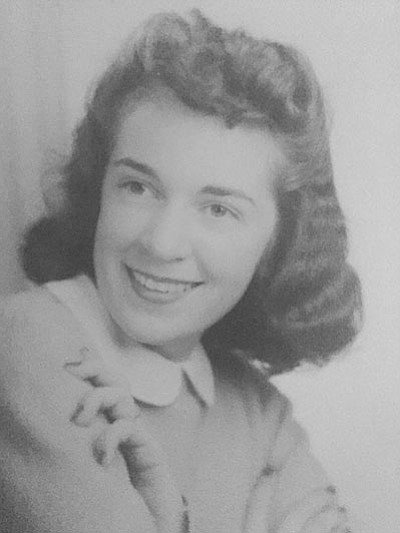 She was a light-footed, happy teenager who loved dancing to the Big Band sound.

At age 15, she waved to the passengers on the Hindenburg 20 minutes before its fatal crash.

She graduated from Neptune High in 1941, where she was a baton twirler with the marching band. Norma met her sailor husband, Frank Mullins, a Georgia boy, on a blind date in Asbury Park in 1942. Afterward, he told his shipmates, "I've just met the girl I'm going to marry." Hundreds of love letters passed over the waves after he set sail, and the two were married March 4, 1945.

Frank and Norma bought a home in Charlotte NC, midway between Georgia and New Jersey to be near both families. As part of "the greatest generation," they began their post-war life together.

The family moved to Middletown, NJ, in 1956 where they raised their children in the Garden State. Frank and Norma ran the Carvel ice-cream store in Tinton Falls for 12 years.

In 2007, Norma and Frank moved to Arizona to be closer to family. Frank and Norma were married for 67 years.

"My mom was a true Jersey girl," said son Michael. "She was tough as nails and full of spunk and vinegar. She always spoke her mind. Raised during the Depression, she knew the value of a nickel."

Survivors include her son, Michael (Shelly) Mullins; her daughter, Cathy (Bill) Hawkins; nine grandchildren; nine great-grandchildren; and her brother, John Lewis. She was preceded in death by her grandson, Joshua Allen Mullins, in 2003, and her husband, Frank, in 2012.

Her ashes will be laid to rest along with her husband's at Fairview Cemetery in Middletown, NJ.