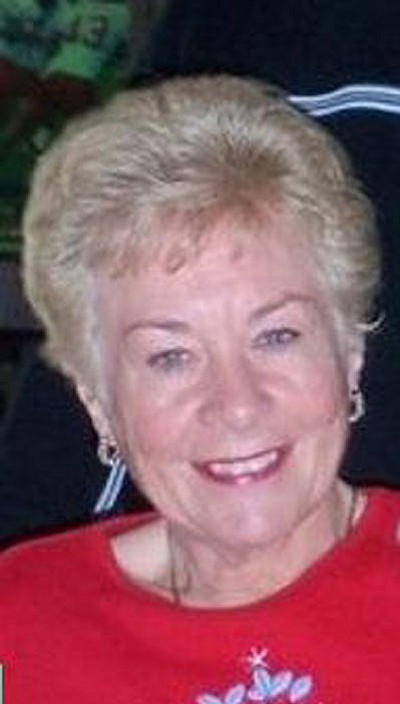 Joan Sherril Nassar passed away on March 2, 2016 at 4:01 PM peacefully at her home in Cottonwood, Arizona, Joan was 76 years old. Joan was born on January 28, 1940 in Cottonwood, Arizona to the late Joseph Irvin and Elizabeth June Kellam. Joan met George in San Clemente, California when he was in the Marines, stationed at Camp Pendleton. After George was discharged, Joan went to St. Louis where they were married May 4, 1957. After six years in St. Louis, they moved to Flagstaff, Arizona. George worked in construction. They were blessed with four children, Curtis Nassar (Joanne), Niki Bennett (Mike), Craig Nassar (Lori), and Joe Nassar (Jana). Joan dedicated her life to George and their four children. Joan was baptized Catholic, February 28, 2016. She was loved and will be missed by her family and many friends.

Joan is preceded in death by her father, Joseph I. Kellam, mother, Elizabeth June Martin and her sister Charlotte Dunagan. She is survived by her sister Debbie Schroeder (Jim), of Litchfield Park.

A viewing will be held at the Westcott Funeral Home on March 6 from 4:00 PM to 7:00 PM. Holy Mass will be said for her at the Immaculate Conception Catholic Church in Cottonwood on Monday, March 7 at 10:30 am.

In lieu of flowers donations may be made to Hospice Compassus in memory of Joan S. Nassar.