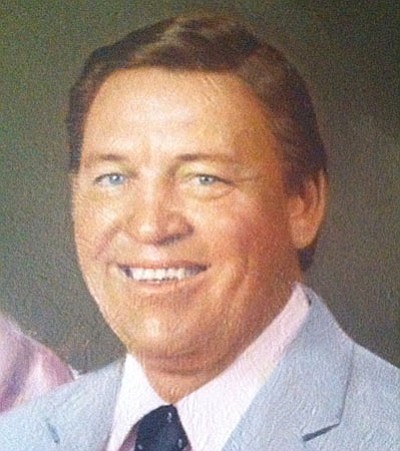 R. Joe McCoy age 79 passed away peacefully on March 3, 2016 in Cottonwood, Arizona. Joe was known to some as Richard, to others as R. Joe but mostly just Joe. He was born in Flagstaff, Arizona on November 14, 1936 to Viola McCoy. His father Joe Lee McCoy was killed in a logging accident prior to his birth.

Joe attended Emerson Elementary School and Saint Anthony's Catholic School. He graduated from Flagstaff High School in 1955 and Northern Arizona University in 1959. After graduation he joined the Army and served with the 101st Airborne Division for 2 years.

Upon his discharge from the military Joe returned to Flagstaff to marry the love of his life, Earlynn Insley. They were married 53 years and had one son Earl J "Jody" McCoy.

In 1961 he began a very successful 38-year career with Farmers Insurance Company first as an agent and then as a district manager. He retired in 1999. Two years after retirement he and Earlynn moved to the Verde Valley settling in Cottonwood.

Joe was an avid hunter and outdoors man. He spent many hours and days in the woods hunting with his friend, Wheezer Veasey, and family members. Joe also enjoyed playing golf and weekly lunches with his longtime friends.

Joe is survived by his sister, Cheryl (Allen) Edgar of Flagstaff, and his sister-in-law and brother-in-law, Marilynn "Tooky" and Tom Benson of Lone Tree, Colorado. He was preceded in death by his wife Earlynn, son Jody, father Joe Lee, mother Viola Fortner and step father Cecil Fortner.

In lieu of flowers memorial donations can be made in his honor to Northern Arizona Hospice - Cottonwood; 269 S. Candy Lane; Cottonwood, AZ 86326 or to a charity of one's choice. Memories and condolences can be shared with his family at www.norvelowensmortuary.com

Arrangements are under the direction of Norvel Owens Mortuary.