Music of every kind, every night, at Vino Di Sedona 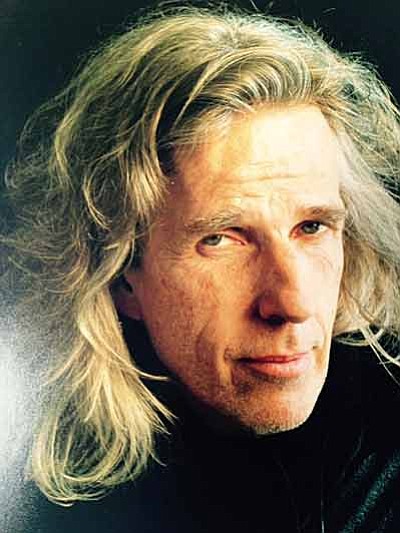 Rick Busbea is back at Vino Di Sedona Wednesday March 23, 7-10 p.m. Rick is a local favorite who preforms at Vino Di Sedona every 2nd and 4th Wednesday; his shows are energetic and you'll hear classic favorites and modern tunes including Croce, Chesney, and Buffett.

Tim Young performs at Vino Di Sedona on Thursday, March 24, 7-10 p.m.,. Before moving to Sedona, Tim had a 30-year music career in NYC where he performed hundreds of shows and released three CD's. He was raised in the heyday of AM top forty radio and the Folk music boom, his inspirations are everyone from Bob Dylan, Joan Baez and Arlo Guthrie to The Beatles, Sex Pistols, Ramones, Cars and Nirvana.

Instrumentally, Tim is a stand out rhythm guitarist, both acoustic and electric. He has composed music and songs for TV and several independent films. Tim's lyrics are inspired by personal relationships, politics, the bar scene and the music business.

Vismaya and Lake at Vino Di Sedona Friday, March 25, 7-10 p.m. Enjoy an evening of this talented duo, A Touch of Europe, where you will be transported to a European bistro atmosphere. Ingrid Hagelberg (Vismaya), born in Sweden, has lived mostly in Sedona for the past several years but tours the World and sings in several languages. Vismaya performs her one woman musical play "Songs from My Red Suitcase at ThePosse Grounds Hub (Sedona's new Performing Arts Venue) for a very enthusiastic audience. She will be singing songs from her latest album "Songs from My Red Suitcase" featuring French classics like La Vie en Rose and popular international jazz tunes. She also sings in Portuguese and you will hear bossa novas, sambas and original pop tunes.

For more information visit www.ingridhagelbergjazz.com. Vismaya is joined by Lake a very seasoned guitarist who has relocated from Flagstaff to Sedona. Lake formed the popular group Zazu 10 years ago and with their Gypsy jazz inspired music in the style of Django Rheinhardt has been heard in concerts all over Arizona. The audience will hear some inspired gypsy jazz tunes, together with famous swing and beautiful ballads, cabaret, and romantic Brazilian and Latin songs.

Vino Di Sedona's Saturday afternoon wine tasting is jazzed up with vocals by Paolo on March 26, 3:30-6 p.m. Paolo is an accomplished vocalist/pianist known for putting a delicious twist of romance back into jazz.

His audience loves to hear his new arrangements of the great romantic songs of the past. His musical style is a modern blend of breathy vocals, rich harmonies and soulful rhythms. His "best musical friend" is his keyboard, and his "favorite song" is the one he is singing each moment.

PK Gregory follows Paolo for Saturday night-time entertainment on March 26, 7-10 p.m.. He is described as "Johnny Cash meets John Prine, with a smattering of Townes Van Zant thrown in."

PK Gregory brings his one-man trio back to Vino di Sedona for another round of the honkabilly blues. With a combination of country-blues fingerstyle guitar, bass, harp, vocals, foot percussion, and a wickedly iconoclastic songwriting bent, it's sure to get the children dancing (albeit somewhat inappropriately.)

Join in, or just sit back and be entertained, by Jim French and other musicians at Vino Di Sedona's weekly Open Jam on Sunday. Open Jam is every Sunday, 6-9 p.m.

Alex Ogburn will rock away the Monday blues with his unique rock and blues style on March 28, 6:30- 9 p.m.

Alex's music career has taken him from Alabama to Florida to Sedona. In Birmingham, he began playing in pubs and restaurants at the age of 19. The years in Birmingham contribute to Alex's fiery and soulful Southern blues. His show will include unique interpretations of a wide range of choice covers, and eclectic originals.

Every Tuesday, 6-10 p.m., Dan Rice hosts Sedona's best Open Mic at Vino Di Sedona. Rice is long-time favorite musician in Sedona, and welcomes all music styles to perform at Open Mic. Both events offer a night of fun and music, musicians and audience members are welcome.