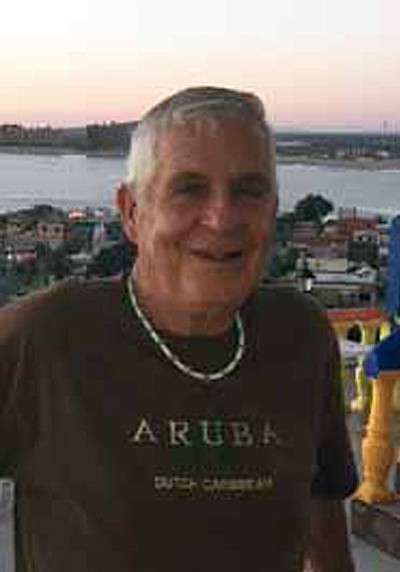 Douglas Lowell Kadel passed away March 21st in Flagstaff, AZ. Doug was born December 22nd, 1941. He was born in San Diego, CA. during WWII. His family moved to Arizona in 1950.

Delta Sigma Doug graduated from NAU where he met the love of his life, Virginia Tefft Kadel. Doug, a U.S. Army Veteran, served as a medic during the Vietnam war. Following his Army years, Doug and Ginny returned to Flagstaff to raise their two daughters. Doug was a teacher in the Flagstaff area his entire career. He also was the owner of "It's Curtains" selling blinds to numerous homes in Northern Arizona.

Doug will be remembered as a wonderful husband, father, grandfather, teacher and great friend to all who knew him. Doug loved to travel, taking many cruises and trips around the world, including a recent trip with his daughters and two oldest grandchildren to Europe. Mexico was of course always a favorite!

There will be a Celebration of Life for Doug on April 2nd, 2016, at his home in Camp Verde, AZ. at 2:00 p.m. Memories and condolences may be shared with his family online at www.norvelowensmortuary.com.