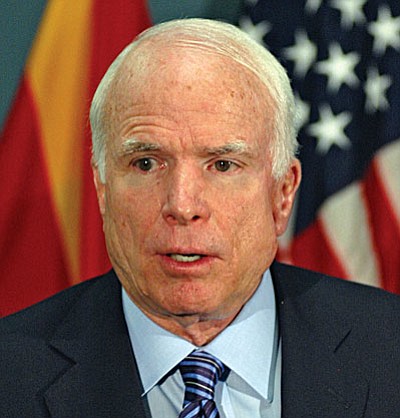 Birthdays usually represent a time for celebration. But when it comes to Obamacare's sixth birthday, partying is the last thing on Arizonans' minds.

Six years after the so-called Affordable Care Act was signed into law, President Obama's litany of failed promises continue to add up. Despite all his assurances, Americans who liked their health care plans couldn't keep them, premiums have gone up - not down - and taxes continue to multiply. That's why it is no surprise that a February poll by National Public Radio and the Robert Wood Johnson Foundation found only 15 percent of people say that they have personally benefited from Obamacare, while 25 percent believe they have been personally harmed by the law.

Unfortunately, the future looks increasingly bleak. It wasn't long ago that the Congressional Budget Office (CBO) and the Centers for Medicare and Medicaid Services (CMS) projected enrollment in the Obamacare-established health care exchanges to be between 21-25 million enrollees. But the open enrollment numbers continue to paint a very different picture, with the most recent totals showing a mere 12.7 million sign-ups -- half of the initial projections. What's worse, the actual total of enrollees will be closer to 11 million since hundreds of thousands will fail to pay their first premium payment and subsequently lose coverage.

The reason that the overwhelming majority of Americans oppose Obamacare and refuse to sign up is simple: premiums and deductibles continue to increase and access has become increasingly more restricted through narrower networks. Coverage absent affordability is largely meaningless, and thousands of Arizonans are paying the price.

Last fall, the New York Times reported, "for many consumers, the sticker shock is coming not on the front end, when they purchase plans, but on the back end when they get sick: sky-high deductibles that are leaving some newly insured feeling nearly as vulnerable as they were before they had coverage."

While the federal government subsidizes premium assistance for some, millions of Americans who make over 200 percent above the federal poverty level -- approximately $23,760 in annual income for a single adult -- are not eligible for government assistance. For these Americans, failure to obtain health care coverage in 2016 will result in a minimum tax of $695 per adult. Astoundingly, health care decisions in America have come down to having to choose between unaffordable health care coverage or facing an onerous government-imposed fine.

Along with abysmal enrollment numbers, the bad news continues to pile up for the Obamacare established cooperatives (CO-OPs), which were intended to transform the health care landscape through increased competition created by the federal government. To date, 12 of the 23 CO-OPs have failed, 740,000 people in 15 states have been forced to find new plans, and over $1.2 billion in taxpayer dollars have been wasted. Arizona's failed Meritus Mutual Health Partners (MMHP) CO-OP wasted $93 million dollars and left nearly 60,000 Arizonans scrambling to find new coverage when it closed its doors last year.

A recently released report by the Senate Committee on Homeland Security and Government Reform found that Deloitte Consulting LLC, which was contracted by the U.S. Department of Health and Human Services (HHS) to evaluate loan applications and business plans, advised HHS that the Arizona CO-OP's enrollment forecasts were "aggressive, particularly for a start-up" and that the CO-OP's strategy was "unlikely to achieve the target enrollment figures in accordance with its timeline." Despite these warnings, HHS continued to award Meritus solvency loans.

The CO-OP debacle is further proof of how a government-knows-best approach harms America. Anytime a solution to a problem involves more centralized power in Washington, more control to government bureaucrats, and more hard-earned taxpayer dollars -- as Obamacare does -- Americans should be skeptical.

That is why I was proud to join my Republican colleagues to send the first repeal of Obamacare to the President's desk. It's also why I introduced legislation this Congress that would replace Obamacare with health care reform that empowers patients, families and doctors to make medical decisions, not bureaucrats in Washington. The Empowering Patients First Act would, for example, protect individuals with pre-existing conditions; expand Health Savings Accounts (HSAs); establish age-adjusted tax credits; foster competition across state lines; and crack down on provider lawsuit abuse.

So while most birthdays call for celebration, I'm joining Arizonans and Americans across the country this week to wish the Affordable Care Act - which has become synonymous with unaffordable care - a very unhappy birthday.

Arizonans go for the gold - and platinum - in the health-care marketplace
State lawmakers, White House tout Tucsonan as Obamacare success
Arizona leads nation in children signed up for 'Obamacare'
Commentary: Employer mandate delayed, but Obamacare destruction goes on
If Obamacare goes away, customers’ coverage will stay - for the moment