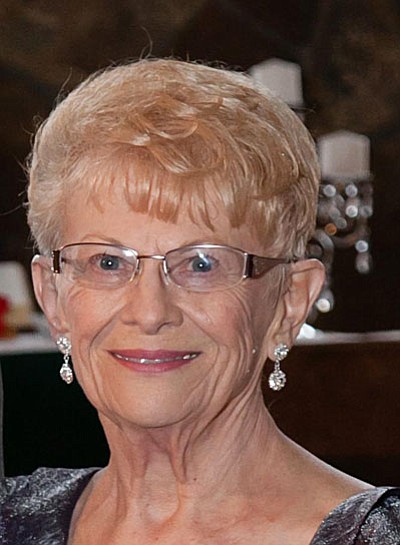 Marilyn Kay Schian, daughter of Norman and Margret Rohloff, returned to her heavenly home on March 8, 2016 after a valiant battle with cancer. Her devotion to her family and firm belief in God supported her in her struggle, and ultimately gave her peace.

She was baptized on January 5, 1941 at Trinity Lutheran Church in Reese, Michigan. She attended elementary school at Trinity where she developed her lifelong faith in her savior, Jesus Christ. She graduated from Reese High School in 1959. On September 19, 1959 she married Leo Schian - her best friend and high school sweetheart.

They moved to Brown City, Michigan to farm with Leo's parents, Milton and Althier Schian. They raised three boys, Dale, Mark and Brent. After the boys were in school, Marilyn fulfilled her high school dream and earned a nursing degree from St. Clair County Community College. She practiced nursing at Sanilac Community Hospital, and later, at Lapeer County General Hospital.

In 1988, Leo and Marilyn followed Dale and Brent to Arizona and moved to Sedona. Marilyn took the position of Director of Nursing for Camelback Hospital before becoming Medical Evaluator for the State of Arizona Access Long Term Care Program for Yavapai County. She retired in 2006.

Marilyn was a member of Rock of Ages Lutheran Church in Sedona. She participated in Bible studies and served on the church council in the area of evangelism. She enjoyed volunteering at the Precious Stones Pre-School.

In addition to her role as a devoted wife, mother and grandmother, Marilyn loved helping others, palomino horses, and her "second family," Sady, Maggy and Annie (her Dachshunds).

Marilyn's Memorial Service will be held at Rock of Ages Lutheran Church in Sedona, Arizona at 11:30 on April 2, 2016. Following the service, a lunch reception will be held at the church. The family requests that memorials be sent to Precious Stones Pre-School, 390 Dry Creek Road, Sedona, AZ 86336. www.preciousstonespreschool.com