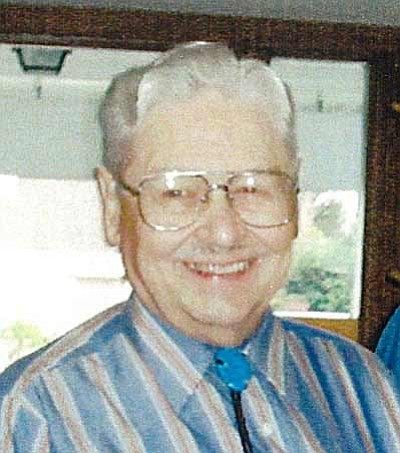 In 1955 he married Marilyn Sjoselius of Duluth, Minnesota. They were married for 59 years and raised three children.

After working several years for private companies, Jack gave up industrial research for a career in higher education. He spent the 1960s, first as a chemistry professor and then as chair of the chemistry department at Grinnell College in Grinnell, Iowa.

In 1970, Jack and family moved from Grinnell to Flagstaff, Arizona, where Jack served as chair of the chemistry department at Northern Arizona University.

In 1975 Jack resigned from NAU and followed God's calling into the ministry, becoming the administrative pastor at First Baptist Church of Flagstaff on Beaver Street.

During his time there, the church changed its name to Flagstaff Christian Fellowship, as it is known to this day.

In 1987, Jack retired from the ministry, and in 2009 he and his wife relocated to Cottonwood in the Verde Valley. His wife, Marilyn, passed away in 2014.