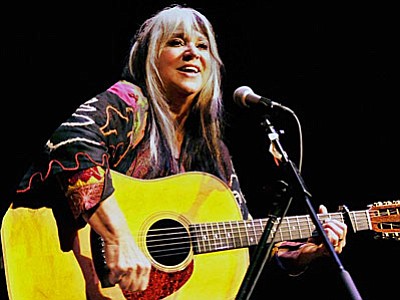 Melanie is the voice of her generation of Baby Boomers who grew up during the Kennedy and King assassinations, the Civil Rights movement, race riots, the Vietnam War, Watergate, and Days of Rage on college campuses.

Melanie is the voice of her generation of Baby Boomers who grew up during the Kennedy and King assassinations, the Civil Rights movement, race riots, the Vietnam War, Watergate, and Days of Rage on college campuses.

In the summer of 1969, two events defined those rocky times: American men were the first people to walk on the face of the moon and the Woodstock Music & Art Fair, a three-day music festival, allowed a legion of young musicians to sing protest songs as well as songs calling for peace, unity, and love.

At Woodstock, magic happened one morning. Melanie, who became the voice of an era in one magical instant onstage.

As the sun rose over the sleepy vale, rain began to fall. Melanie stepped gracefully onto the stage. Through her performance, she gave voice to the aims of that generation: the desire to make the world a better place than what they had found. Melanie, whose song "Beautiful People" about caring for (and about) those around us, became the beloved anthem of this "Summer of Love."

As Melanie's her song echoed across the quiet valley, the concert attendees honored her raising their candles and cigarette lighters in a glorious ballet of dancing light.

In addition to being able to write songs from the heart, Melanie has a very playful approach to lyrics. In 1971, Melanie's happy little ditty, "Brand New Key" topped the Billboard charts in the U.S., Canada, and Australia. About a girl who wishes to get the attention of a particular boy, the song is still popular! In 1997, the song was featured in Boogie Nights and this year, Jimmy Fallon lip synced it on "The Tonight Show."

Sound Bites Grill in Sedona has Melanie performing May 21-22 at 7 p.m. For these two shows at Sound Bites Grill, Melanie will perform with her daughter, Jeordie, and her son, Beau. According to rock version of the old adage, this family proves that "the family that plays (guitar) together stays together!"

Melanie's daughter, Jeordie (a fantastic country-folk rock singer and guitarist), is the voice for this generation of Millennials. Like the Boomers before them, this generation seeks to nurture peace and love between people representing a rainbow of colors, continents, climates, and creeds. Based on a platform of lusciously melodic, sultry rock, Jeordie's lyrics offer the listener encouragement to build peace bridges as well as offering deep (but very friendly) advice. Whether she's singing a positive, upbeat ditty or an introspective song from her heart, Jeordie's lyrics invoke vivid visual imagery.

Jeordie's rock songs wander a bit over into country and her country songs are often tinged with folk music nuances. Her voice, which is infused with her mother's folk vibrato in the upper register, reminds listeners of the vocal styles of Joan Baez and Jewel.

Jeordie's voice is so pure, like a cold, mountain stream dancing over pebbles on its way to the sea, that she has no need of any studio "magic" to correct her voice or acoustic guitar performances. That is a rarity in the music business today.

It is her way with a song, whether her own or a cover, that brought her to the attention of major musical stars.  In fact, Jeordie performed as the supporting act for strong women singers such as Dido, Indigo Girls, Sade, and Jewel. The famous country duo, Brooks & Dunn, asked Jeordie to sing at their Country Circus in Phoenix, Arizona. In 1998, Jeordie sang at "A Day in the Garden Woodstock Reunion." She has been a featured performer at the Kerrville (Texas) Folk Festival, the Winnipeg (Canada) Folk Festival, numerous state fairs, and music festivals.

Beau-Jarred is the youngest of Melanie's three children. Like his sisters, he performed in a variety of genres. Unlike his sisters, he felt drawn to the exotic stylings of a flamenco-influenced guitar. His beautiful Spanish melodies are rich, like a swirl of melted dark chocolate dancing through hot milk. Having just released his first CD, he is embarking on a musical career which promises exquisite music in the years to come.

You may purchase tickets for this rare South West Melanie and family show. Melanie normally performs in the south and is excited about performing with her kids in Arizona. Doors open at 5:30 P.M. The two hour show starts at 7 P.M. and has ticket prices starting as low as $30 show for show only tickets and $70 for dinner packages.

Sound Bites Grill features music 5 nights a week. The week begins with local musician Darius Lux performing Wednesday May 18th from 6-9pm. Darius is a talented singer songwriter whom performs originals and covers. There is no charge on Wednesday Evenings. Every Thursday evening Anthony Mazzella, a guitar hero continues his "Legends of Guitar" show at 7pm. Tickets are required for this show.

Friday night May 20th touring pop band "Sorrell Park" featuring Phoenix based duo Nicki and Kyle will be performing from 7-10pm. They can be seen performing locally in the Phoenix area and touring as solo acts, duo and/or with a full band. Both singer/songwriters perform an eclectic mix of covers and originals. Kyle's amazing vocals and guitar loops pair nicely with Nicki's smooth sound and harmonies. With amazing versatility, Nicki & Kyle offer something for everybody and are sure thing for musical entertainment! Cover charge is $8.

Located in Sedona's The Shops at Hyatt Piñon Pointe (101 N. State Rte. 89A), Sound Bites Grill is hosting this fantastic, fun band on Saturday, May 21 and Sunday, May 22. Doors open at 5:30 P.M. The two hour show starts at 7 P.M. and has ticket prices starting as low as $30. Call to reserve a table in the intimate Celebrity Lounge. Come early to enjoy your delicious dinner during sunset or order dinner later during the show.