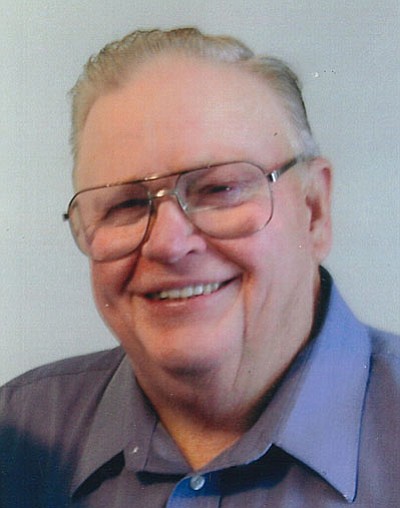 Marvin B. Harris passed from this life May 13, 2016. Born July 16, 1929 to Jennie and Frank Harris in Herington, Kansas, where he spent his childhood. Marv's family moved to Los Angeles in 1940. He attended Lincoln High School, participating in ROTC for 2 years. After graduating, Marv's first jobs were for the Lincoln Heights Bulletin and Nabisco. Drafted in 1950, he served in Korea 2 years, in the Signal Corps, honorably discharged in 1952 as a corporal. He returned to LA, working for Nabisco and then Western Electric. During this time he married his sweetheart Beryl in 1955. They were part of a large extended musical family, which enjoyed Sunday after church jam sessions, where food and humor flowed. In 1973 they moved to Sedona, AZ. Marv worked for Bob Finley at the "Y" Chevron Station for 27 years. 12 of those years, he co-owned Verde Towing, a wrecking company that served the VV area clear to Flagstaff, rescuing many cars and people too. In 2000 he retired and moved to Cottonwood where his interest in computers occupied most of his time. He was a part of Verde Valley Computer Club and loved to help family and friends with their computers. Marv loved playing guitar and singing with his family, but will be remembered most for his humor. He is survived by his wife of 60 years, Beryl and brother Joseph, as well as many beloved nephews and nieces. Memorial services will be held June 4, 10:30 a.m. at Verde Valley Church of the Nazarene.