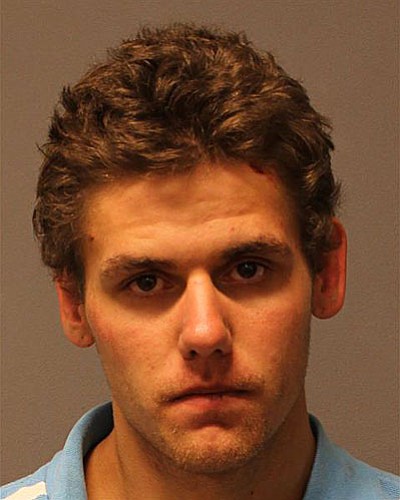 Thursday, May 26, at about 9 p.m., a Cottonwood police officer was alerted to a disturbance in the area of Mingus Avenue and Main Street near Circle K.

A citizen flagged down the officer and pointed him to the disturbance.

According to a news release from the Cottonwood Police Department, the officer contacted three men who were involved in an argument. Another officer soon arrived to provide assistance.

While questioning the men, officers learned that 19-year-old Michael Travis Walts had a misdemeanor warrant for his arrest. As the officers attempted to place Walts into custody, he quickly turned and attempted to run.

After Walts was placed into handcuffs they began to walk him toward the patrol car. Walts again pulled away from the officer and attempted to run. He was quickly subdued without further incident.

Walts was transported to VVMC where he was evaluated for minor injuries and released. He was then taken to the Yavapai County Jail where he was booked on several charges that include aggravated assault on two police officers, attempted escape, resisting arrest, criminal damage and a valid Cottonwood warrant for failure to appear.

The two officers were treated and released by Cottonwood Fire and EMS at the Police Department.