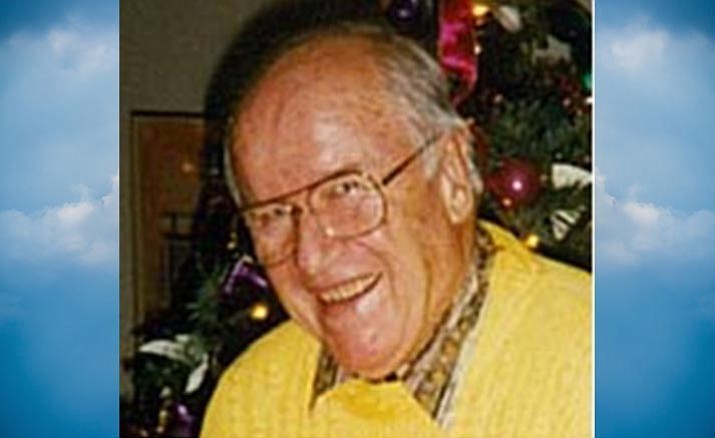 He was born December 27, 1929 in Chicago, IL to the late John & Elizabeth Holzinger. After his father’s death, he and his mother moved to Philadelphia, PA.

John served in the Army Reserves and was employed by the phone company, Bell of Pennsylvania as a Cable Splicer where he met and married his wife, the late Joan Kathryn Miller.

They settled in Huntingdon Valley and raised their family. In 1977 they moved to Redondo Beach, CA. Joni and John enjoyed living and exploring Southern California and taking trips to Hawaii together. John worked for Pacific Bell until his retirement in 1994.

After his wife’s death in 1995 he spent his time socializing, travelling around the country in his R.V. and going on trips with the Geology Dept. of El Camino College.

He moved to Cottonwood, AZ in 2010, where he liked being out in the community with friends, and enjoying the outdoors with his beloved dog.

He will be greatly missed by friends and family in Pennsylvania, California and in Arizona and by, daughter Heidi and her husband David McLaughlin of Santa Ana CA., Granddaughters Jenna Skarzenski of Los Angeles, CA., and Renee Holzinger of Little Rock, Arkansas and great grandsons John Major and Thomas Phillips, Sister in law Mimi & husband Bob Grieger of Palm Springs, CA.