Republicans lock down all seats on Corporation Commission 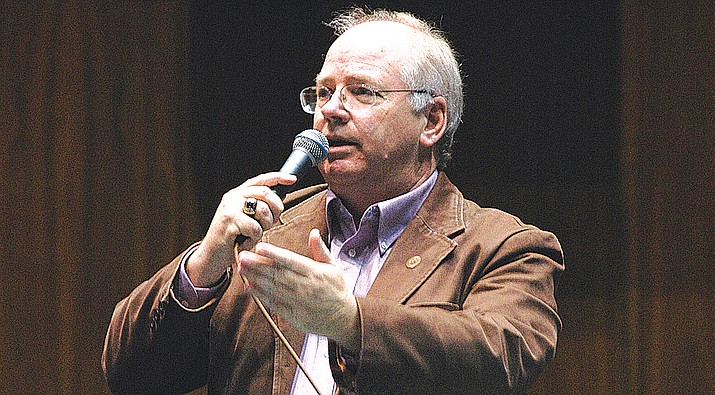 PHOENIX -- Barring a sudden shift from uncounted ballots, the state’s utility regulatory board is going to remain an all-Republican affair.

The election results, if they hold, are a victory for Pinnacle West Capitol Corp., the parent company of Arizona Public Service. It put more than $4.1 million into an extensive media campaign to promote the three Republicans as “Arizona’s sustainable solar team.’’

But the interest of APS was in defeating the two Democrats who were more supportive of the positions taken by companies like SolarCity to require utilities to keep in place policies that make the purchase and lease of rooftop solar units more financially attractive. That includes utilities giving a kilowatt-for-kilowatt credit for excess power produced by homeowners.

Yet Save Our AZ Solar, which spent $2.4 million in funds from SolarCity, also was financially supportive of Burns believing he would be friendly to the company’s views. It didn’t hurt that Burns is involved in a lawsuit with Pinnacle West over his demand the company turn over its books so he can see whether it secretly funneled money into electing Republicans to the commission two years ago.

It will be the new commission that acts on rate proposals by not just APS but also Tucson Electric Power and several other utilities.

There are several common threads to what companies want.

Aside from higher bills, one is a change in how much utilities have to credit their customers for the excess power they produce. Companies want a system where the amount it closer to what they would have to pay for replacement electrons from a commercial source, a rate much lower than retail.

There also is the controversial question of whether residential customers should incur a “demand’’ charge.

Current bills are computed on a base charge for service plus charges based on the number of kilowatt-hours used. Some utilities offer time-of-day rates designed to encourage customers to shift usage of optional things like dryers and pool pumps to hours when there is less demand on the system.

A demand charge would add another factor based on the highest one-hour use in any given month. So even if customers keep overall use low, they would be assessed an additional fee if several appliances were running all at the same time.

Utilities contend such demand charges are fair because they have to build a system based on peak usage. But there is strong resistance from consumers who have never had to try to manage and keep track of individual appliances.