Commentary: Against all the experts and all expectations Trump fashioned great upset, great comeback 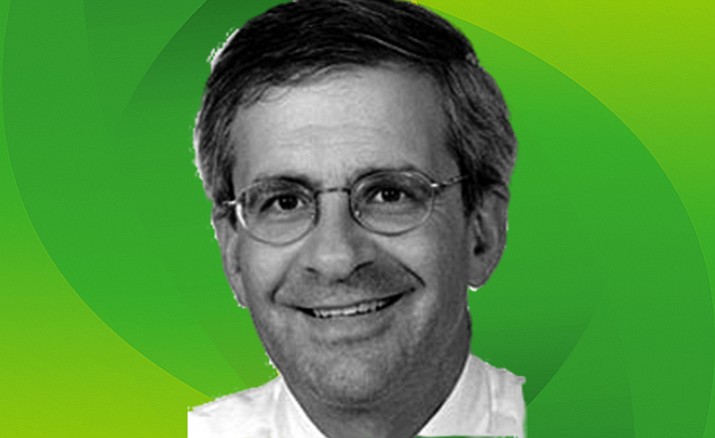 More than a quarter-century ago, in another election year, the Los Angeles Dodgers’ star Kirk Gibson hit a walk-off home run in the first game of the World Series. “In a year that has been so improbable,” the Dodgers’ iconic announcer Vin Scully said in an unforgettable television riff in the fall of 1988, “the impossible has happened.”

So it was Tuesday night, when Manhattan businessman Donald J. Trump -- a political outsider, possessed of daunting ambition, audacity and an acute sense of the American political climate -- emerged as the winner of a raucous presidential election.

An American original -- a casino and real estate magnate with an uncanny ability to read the public mood and an unerring ability to discern his rivals’ vulnerabilities -- Trump now takes on his biggest task.

From the start, Trump bellowed that he was determined to make America great again, a theme that was ridiculed by his rivals even as it helped him triumph over them. Today, as president-elect, he must redeem great hopes, even as his election stirred great misgivings among American allies abroad and among about half the nation that voted for former Secretary of State Hillary Clinton.

Even had Trump not prevailed Tuesday, he fashioned a remarkable accomplishment, skewing the political calculus, upending all the assumptions of American political life, reshaping the profiles of the two major political parties and altering all the conventions of political comportment.

In defeat, he would have been an important factor in shaping American politics for the rest of the decade and into the next. In triumph, he is a formidable, historic figure.

Sometimes vulgar, always voluble, Trump ran against the political establishment of the Republican Party, against the customs of political life, and against the principal elements of American life -- big companies, big media, above all big traditions. He took on the banks, the government bureaucracy, the influence of capital lobbyists, and the prevailing ethos of establishment politics.

When Trump enters the White House in January, he will do so as perhaps the biggest outsider in American history, more than Ronald Reagan, maybe more even than Andrew Jackson in 1828.

But like Jackson, who transformed American politics by harnessing the resentments of those outside the political mainstream, Trump has redrawn the contours of politics.

None of that is true today -- and all of that is the reason that Trump is preparing to be the 45th president of the United States.

He had the perfect foil in Clinton, a onetime student activist who ran as an insider, an establishment figure without the natural ebullience, or the natural anger, of Trump. The president-elect was able to portray her as the preternatural personification of the status quo -- in a year where status was derided, and where politics-as-usual was held in contempt.

In winning one of the wildest, least predictable presidential elections of the age, Trump prevailed despite a fusillade of complaints about his conduct with women; repeated stories detailing irregular business practices; an unusual number of party apostates who declared they would never vote for him; and criticism that he hadn’t paid federal income taxes for about two decades.

His election was predicted by almost no one, but his rise as a legitimate Republican candidate was just as unlikely. The GOP had a presidential field of 17 candidates, some of them rising stars, some established figures, some intriguing outsiders.

But from the start Trump muscled himself into the center of attention and then used that position to attract even more notoriety. By the time Americans flocked to the polls Tuesday morning, Trump was the underdog -- but, still, the big dog in the race.

Indeed, just as Trump made Clinton’s ethics a major part of his appeal, Clinton made Trump’s behavior, especially toward women, a principal part of her campaign. But Trump early identified the signal issues that would move voters and send battleground states into his column. Never before had a Republican made immigration and trade the leitmotif of a presidential campaign, but then again, there never had been a presidential campaign remotely like Trump’s.

The election laid bare the country’s raw divisions of race, class and creed. Russia, Mexico and NATO look to America warily. Afghanistan and Iraq are unsettled, ISIS is not conquered. Obamacare’s future is uncertain.

“I’d like to think there will be sufficient numbers of people in the Congress willing to cooperate and get some things done,” Michael S. Dukakis, the Democrats’ 1988 presidential nominee, said in an interview.

Trump has had teams working for weeks on the transition, but in fact part of the transition is personal -- his transition from candidate to president-elect, from what former Gov. Mario M. Cuomo of New York used to call the poetry of campaigning to the prose of governing, from critic without responsibility to what John F. Kennedy, in the mortifying wake of the Bay of Pigs fiasco of 1961, called “the responsible officer of the government.”

Now, flush with victory but facing fearsome responsibility, his first task is to calibrate his ambition. “If you choose too ambitious an agenda, you’ll likely be called a failure,” said John H. Sununu, chief of staff for George H.W. Bush. “But if it’s not ambitious enough, you’ll be seen as a lightweight. You have to hit the sweet spot.”

With instinct and intuition for the sweet spot, Trump first won the Republican primary, then prevailed in the general election -- and now is poised to create his own White House staff and executive-branch administration. Each step along the way was improbable, even considered impossible.

No longer. The man who vowed to make America great again now faces great challenges. But against all the experts and all the expectations he fashioned a great upset, a great comeback and a great achievement.