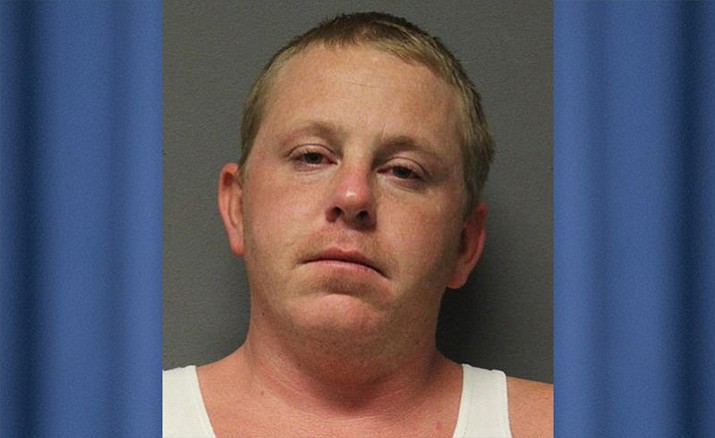 RIMROCK – Richard Henderson was arrested early Sunday morning after he allegedly fired a gun at his family at the 4500 block of North Tagalong Trail in Rimrock, according to a news release from Yavapai County Sheriff’s Office.

Around 2:30 a.m., stated the release from Dwight D’Evelyn, deputies were dispatched to the address for an armed man who had been drinking and shooting off firearms inside the home.

The suspect was identified as Henderson, 29, who was with his brother, his 34-year-old girlfriend and her 14-year-old daughter, according to the release. D’Evelyn said it was Henderson’s brother who initially called YCSO as he ran from the property to escape being shot.

As deputies arrived on scene, they heard several gunshots inside the home and intercepted Henderson’s girlfriend who was running from the property in a panic, stated the release. She was escorted to a safe area, said D’Evelyn, and she told deputies the shooting initially started outside the home after an argument over Henderson’s drinking. Henderson threw her to the ground and then began firing a handgun, stated the release.

She ran from him, said D’Evelyn, and threw her daughter down a hill to avoid being struck by the bullets she felt travelling past her head. According to the release, she then lost sight of her daughter and Henderson’s brother. Deputies found them a short time later safe and sound, said D’Evelyn.

As the home was contained, deputies began negotiating with Henderson and ordered him to surrender, stated the release. At one point, said D’Evelyn, Henderson told deputies he could see their positions from cameras placed around the property. One of the deputies was able to find the main wiring for this system outside the home and cut those wires to prevent Henderson’s use of the cameras, according to the release.

The negotiations continued for about an hour, said D’Evelyn, until Henderson agreed to surrender and was taken into custody. Deputies found numerous bullet holes in and around the home, stated the release, and located several firearms -including a shotgun and handguns, along with multiple boxes of live rounds.

Henderson was booked at the Camp Verde Detention Center on charges including three counts of endangerment per domestic violence, weapons misconduct, aggravated assault per domestic violence and criminal damage, according to the release. He remains in-custody on $25,000 bond, said D’Evelyn.