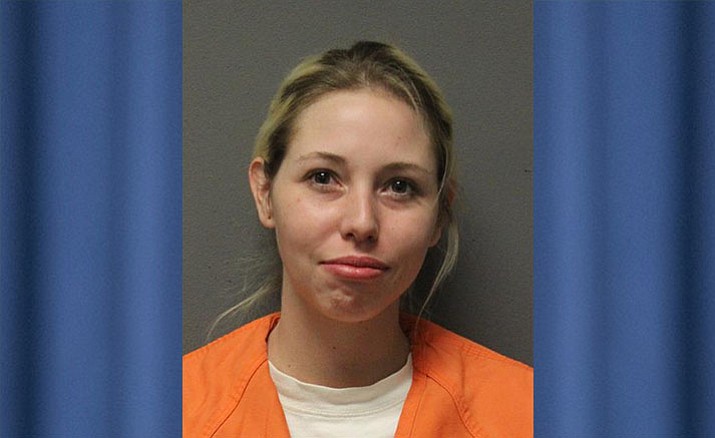 RIMROCK – A woman who was interviewed by a Yavapai County Sheriff’s Office detective during the investigation of a Rimrock homicide was arrested on numerous drug charges, according to a news release from Dwight D’Evelyn, the office’s media relations coordinator.

A 17-year-old boy is in Prescott Juvenile Detention and has been booked on charges that include murder, armed robbery, burglary, aggravated assault and kidnapping for his involvement in the late night Oct. 14 shooting, said YCSO.

The home in the 4000 block of East Airport Drive was under full protective containment by YCSO and was searched, according to the release.

Moriah Calhoun, 24, who lives in a room at the home, was interviewed off site in the early morning hours of Oct. 15 regarding the incident, said D’Evelyn, and it was determined that she was not involved.

She was allowed, under escort, to return to the home and retrieve her personal belongings and a dog, stated the release. Detectives advised Calhoun that whatever property she took from the house would be examined by them before she left, said YCSO.

She was escorted into her room inside the main house where she quickly packed two bags full of personal property, according to the release. The detective could not see her clearly because of the room’s layout and the way it was littered with property, said D’Evelyn.

Detectives stopped Calhoun as she exited the room, stated the release, and upon examining contents of the bags, the following items were found: