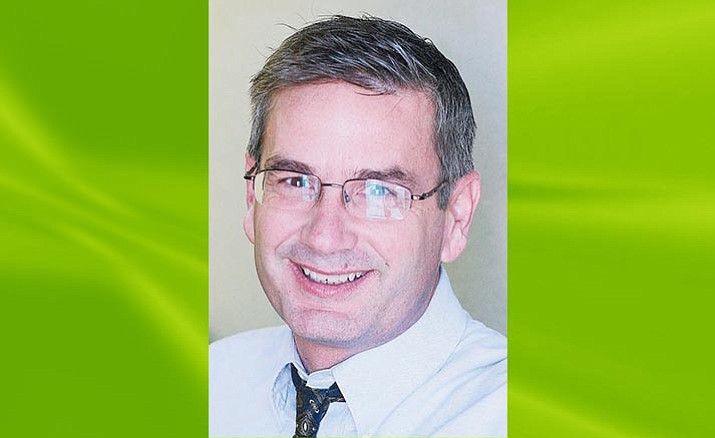 Cottonwood-Oak Creek Assistant Superintendent Steve King said in most cases students have made a “significant increase in the raw scores in both reading and math in each grade level.”

And Verde Valley schools are still trying to make sense of how the state’s Department of Education assesses how students are doing “in their ability to master the standards,” said Yavapai County School Superintendent Tim Carter.

A “year-to-year progression,” according to Carter, AzMERIT is meant to evaluate students’ growth over time – as well as a school’s growth.

But AzMERIT scores are not meant to be compared on a school-by-school basis.

“AzMERIT allows a school to determine how it’s doing,” Carter said. “It’s always been designed to gauge a student’s performance, not to compare one school with another.

According to the Yavapai County School Superintendent, the best way a parent can determine the strength of a school’s academics is to “look at its mission statement.”

“Then see how the school works toward that mission,” Carter said.

But the percentage of passing students is as key as the raw scores, if not more important.

Though AzMERIT scores don’t tell the entire story, they’re also not without importance.

‘Snapshot of a child’s portfolio’

To Karin Ward, superintendent at Beaver Creek School District, AzMERIT scores are “our snapshot of a child’s portfolio.”

“It’s like a photo album. You have pictures that you really like, and pictures you don’t like as well,” Ward said. “I don’t just look at one assessment. How are we progressing? We look at the data, but it’s just a snapshot.”

With programs such as the “incredibly successful” Capturing Kids Hearts sweeping the Verde Valley, schools aren’t ignoring the story that standardized testing can tell. But they are focusing on the “whole child,” Ward said.

“We’ve worked together with staff to make sure the whole child is looked at, to be a better member in society as well,” Ward said. “That’s always been our focus at Beaver Creek School.”

Beaver Creek School breaks the academic status of its students into three categories – or tiers. Tier 1 students are at the top of the school’s academia, Tier 2 children are just short of goal, and Tier 3 are not as close to goal.

Tiering at BCSD is a “Very fluid process,” Ward said. Every couple of months, students are reassessed because “a child might drop below level when they first take on multiplication, for example.”

How do schools prepare for AzMERIT testing?

As principal at Mingus Union High School, Jennifer Chilton is good at doing her homework. As she compared her school’s AzMERIT scores the past two years, she found “Dr. Joe O’Reilly’s work on behalf of AZ Department of Education and Mesa Public Schools to be very helpful in communicating the context and expectations of AzMERIT.

Chilton said that her community passing its recent capital bond helped provide the resources” for improvements in technology will improve achievement, as well as testing efficiency, and reduce the instructional hours lost to testing.”

How do schools prepare their students for AzMERIT testing?

Another way that MUHSD is preparing for the upcoming year’s AzMERIT testing is to compare the district’s scores with similar schools that performed “exceptionally well and/or had exceptional growth from 2015 to 2016,” said Interim Superintendent Eric Harmon.

“The next step will be to collaborate with these schools in an attempt to replicate their successful strategies,” Harmon said. “Our teachers are already looking at our results and collaborating among themselves to determine how to raise our students’ scores even further next year.

“Our major focus for the year at MUHS is literacy in all content areas. Our non-English teachers are learning strategies to support literacy,” Harmon said. “Even though the exams are for English and Mathematics courses, our Science and Social Studies teachers are also looking for ways to support our students in being prepared to take the exams by focusing on their particular Arizona College and Career Ready Standards.”

Harmon also said that Mingus has worked the past “several years” to increase our technological infrastructure.

“We are at a point now where our bandwidth is large enough to accommodate testing easily,” Harmon said.

AzMERIT by the numbers

In September, the Arizona Department of Education released official AzMERIT test scores for the 2015-16 school year. Students in grades 3 through 12 are tested in two categories: English; Language and Arts; and Math.

According to the 2016 Accountability Fact Sheet by the Arizona Charter Schools Association, Arizona charter students “outperformed their peers” for the second consecutive year.

“Charters are typically smaller schools that provide a much more personalized, differentiated instruction to a smaller student body,” Evans said. Parents whose children attend charter schools are “looking for something different, an alternative to the traditional school district.”

What do the numbers mean?

What do the numbers mean? Depends on who’s doing the talking.

Results this show that Camp Vere Unified School District “advanced in our scores with students progressing from grade level to the new grade level,” said District Superintendent Dennis Goodwin. “But overall we are still behind the state average. Which is why we are implementing new educational programs.”

At Clarkdale-Jerome School District, Superintendent Scott Jacobson said that his district “made great gains from the previous year” in the English Language and Arts category, which he attributes to the literacy program CJSD has implemented in grades K through 6.

But his students have not collectively tested as well in Math, though he is expecting “consistent gains next year.”

“We have adopted a new curriculum to provide more consistency and better alignment to the standards across grade levels 1 through 8,” Jacobson said.

Though Eric Harmon is still new to the Verde Valley, he did arrive at Mingus Union High School District with some strong opinions on AzMERIT testing and how it pertains to his student population.

As MUHSD considers AzMERIT results, Harmon said it is important to remember that AzMERIT is not an exit exam.

“AIMS was an exit exam that students had to pass to earn a diploma. AzMERIT results can’t even be used in the associated course,” Harmon said. But comparing growth from two years of AzMERIT “may be a useful comparison.”

At Cottonwood-Oak Creek School District, Assistant Superintendent Steve King cites that in “most cases,” his district has seen a “significant increase in the raw scores in both reading and math in each grade level.”

With AZMerit in its second year, COCSD is “still determining the validity and reliability of using this measure to guide and inform our instruction,” King said. “Currently, the breakdown of individual student scores is limited in using it as an accurate measure of teacher, school, class, and student achievement and effectiveness.”