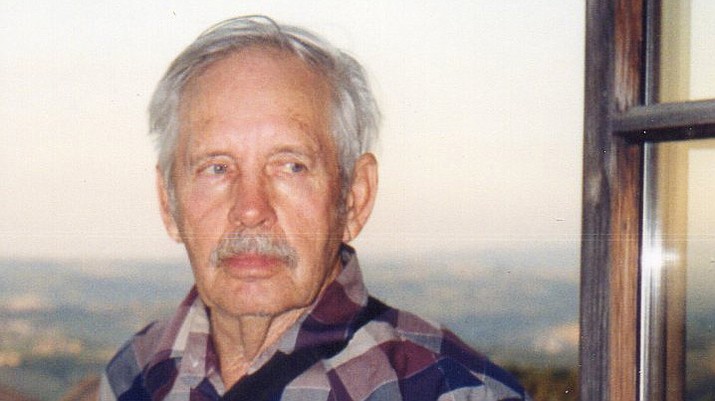 Jim attended schools in St. Johns and Flagstaff and college for operating engineering. He worked in mining and construction.

Jim was a 6th generation Arizonian. He was of the pioneer families of Millers and Cooks in the Prescott area.

Jim enjoyed metal detecting, coin collecting and was an avid outdoorsman. He was a beloved husband, father, grandfather and great-grandpa. He was such a powerful figure in all our lives and was always there for all.

Jim was preceded in death by his father and mother Clifford and Helen Cook and father and mother-in-law Jack and Helen Byrd. He is survived by his wife of 63 years, Joyce Lea; son James E. Cook (Maxine) of St. George, Utah; daughters Sherry E. Villa (Ray N.) and Elizabeth A. Tonti (Guy J.) both of Cornville; sister Leilani Shadle of Snowflake, AZ; 5 grandchildren and 4 great-grandchildren.