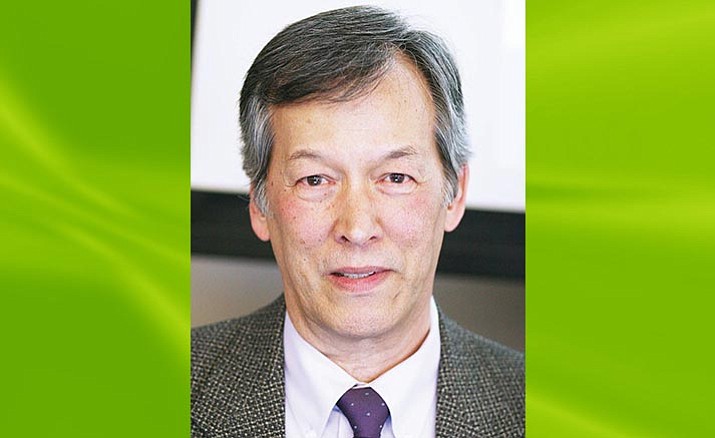 SEDONA – As of late Friday afternoon, Yavapai County School Superintendent Tim Carter has yet to receive a resignation letter from Al Filardo, who told his fellow Yavapai College District Governing Board members in early October that he would resign at their Nov. 1 meeting in Sedona.

That meeting, just two days away, has agendized the District 3 Representative’s “resignation decision” as detail of agenda item #30.

Filardo has not responded to The Verde Independent’s attempts at contact.

District 2 Representative Deb McCasland said Friday that she recently spoke with Filardo and that he “still planned to resign.”

“He has not changed his mind, as far as I know,” McCasland said. “I met with him [on Oct. 19] and he is planning on resigning. He is done with the YCDGB.”

McCasland also said that she is “very saddened” that Filardo would resign from the board.

“We are losing a valuable leader that could have helped Yavapai Community College provide accessible and affordable educational opportunities for students throughout our county,” McCasland said.

With the resignation of former District 3 Representative Bob Oliphant in 2014, this would be the second time a District 3 representative “has been pushed off the board in just two years,” McCasland said.

“The culture on the board, in my opinion, is one of disrespect, no trust, and differing opinions are not accepted,” McCasland said.

Filardo did not clarify at the October Yavapai College District Governing Board meeting whether his resignation was exclusively because of the board’s 3-2 vote to suspend – some have said disband – the Verde Valley Board Advisory Committee, or whether the results of that vote were one of several reasons he was compelled to leave the board. According to Paul Chevalier, former VVBAC chairman, Filardo did “a fine job” representing the Verde Valley.

“He tried hard to work well with the majority of the Board, while still representing the Verde Valley’s needs,” Chevalier said.

Should Filardo resign, Carter would be responsible for choosing his replacement. Chevalier wondered how many choices the Yavapai County School superintendent may have.

“Mr. Carter, I believe, can only choose from applicants,” Chevalier said. “Will any leader from our area who believes in strongly advocating the post-secondary educational needs of the people of the Verde Valley apply for what has proven to be a powerless position?”

Former VVBAC Vice Chairman Bill Regner said he plans to attend the Nov. 1 meeting in which the District Governing Board has also agendized the recognition of the Verde Valley Board Advisory Committee members.

“My interest in attending this meeting is three fold: my support of Board Member Filardo, my interest in what he has to say to the District Governing Board, and my interest in how they will respond to him and the people of the Verde Valley.”

The Yavapai College District Governing Board will meet at 1 p.m. Tuesday, Nov. 1 in Room 34 at the college’s Sedona Center, located at 4215 Arts Village Drive.

A copy of the agenda can be found at http://www.yc.edu/v5content/district-governing-board/minutes.htm.

Verde Valley reacts to Filardo resignation from college board
College board seeks replacement for Filardo
Paul Chevalier ahead of Connie Harris by 10 percent in Yavapai College Governing Board race
New president, board member for Yavapai College in 2019
Editorial: Compromise badly needed to keep Filardo on college board
Event Calendar