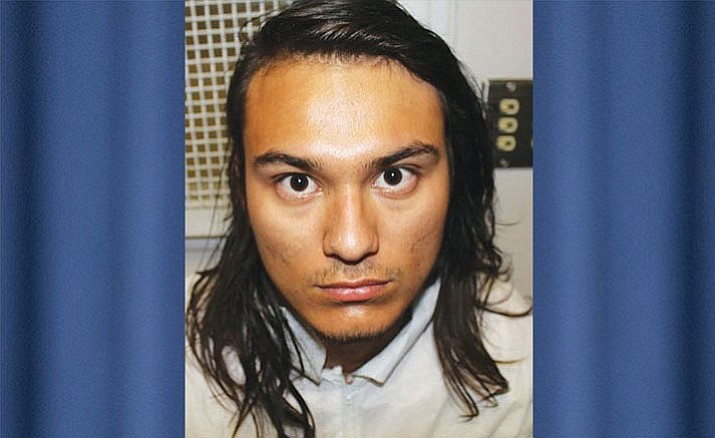 FOSSIL CREEK – Around 4:45 p.m. Thursday, Yavapai County Sheriff’s Office deputies were dispatched to a campsite near the main trailhead area off Fossil Creek Road (southeast of Camp Verde) for a report of a dead man, according to a news release from YCSO.

The news release stated that the deputies contained the area and interviewed a witness and other campers nearby pending arrival of YCSO detectives.

Once the body was transferred to the Medical Examiner’s Office, personnel from the Department of Public Safety fingerprint detail were contacted to obtain fingerprints in hopes he could be identified, according to the release.

Detectives learned that during the late afternoon hours of the prior day, the witness saw a man matching the victim’s description walking from the campsite towards the creek, said D’Evelyn, and she also noticed another male with a dark complexion and long hair sitting in a silver colored Jeep Liberty parked near a tent at this campsite.

Around 7:30 p.m. that evening, the release stated that the witness recalled hearing what sounded like multiple gunshots in the area, but did not investigate further or call law enforcement.

The next morning, the witness noticed the Jeep was gone, as was the tent, said D’Evelyn. The witness spotted an object behind some brush near the victim’s campsite.

Upon a closer look, the witness saw a body wrapped up in tent material, apparently dead, and YCSO was immediately contacted, according to the release.

After follow-up by the DPS fingerprint unit, the victim was identified Friday, said D’Evelyn.

Detectives also confirmed the victim had been shot several times as bullet casings had been found earlier at the scene, according to the release. The victim is Dale Klettke, 60, from Union City, Calif., said YCSO.

A motor vehicles record check confirmed the victim owned a Jeep Liberty with California plates, registered at his Union City address, according to the release.

Detectives continued their efforts resulting in a determination that Francis was the primary suspect in the murder of his father, said D’Evelyn.

Saturday, he was arrested by Union City Police Officers during a traffic stop and booked at an Alameda County jail for murder where he awaits extradition, according to the release. YCSO detectives were also in Union City at this time to assist.

Further details as to the specific circumstances have not been released at this time.

This is the third homicide in recent weeks in which an arrest has been made YCSO officers.