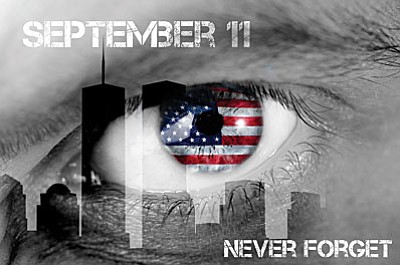 Today, the world will gather once again to commemorate the anniversary of the 9/11 attacks. Fifteen years have passed since the terror attacks on September 11, 2001, and many people in New York City, Washington, D.C., southwestern Pennsylvania, and across the globe are still coping with the aftermath of those attacks.

Misinformation and conspiracy theories about 9/11 are still circulating today. But it's important that people know how to distinguish fact from fiction.

The attacks of 9/11 were carried out by 19 men who hijacked four fuel-loaded American commercial airline jets that were bound for destinations on the west coast. These individuals were militants associated with the Islamic extremist group al-Qaeda. Three planes reached their targets. The fourth crashed in a field in Pennsylvania.

The first point of impact was the World Trade Center's North Tower located in downtown New York City. American Airlines Boeing 767 left a gaping, burning hole in floors 93 through 99 at 8:45 a.m. Many people were killed instantly, and hundreds more were trapped on floors above the 99th floor.

The plane crash was initially thought to be an accident. However, when a second Boeing 767 crashed into the South Tower shortly after the first crash, it became apparent that America was under attack and the first crash was no accident.

According to DoSomething.org, on a given work day, up to 50,000 employees worked in the Twin Towers, and an additional 40,000 people (including tourists) passed through the complex and underground shopping mall.

Hijackers aboard Flight 77 that departed from Dulles International Airport crashed that Boeing 757 into the western facade of the Pentagon building at 9:37 a.m. Fifty-nine people aboard the plane and 125 military and civilian personnel inside the Pentagon lost their lives.

According to History.com, after passengers and crew members aboard hijacked Flight 93 contacted friends and family and learned about the attacks in New York and Washington, they attempted to retake the plane.

In response, hijackers deliberately crashed the plane into a field in Somerset County, Pennsylvania, killing all 40 passengers and crew aboard.

Amid rumors that other high-profile buildings were being targeted, by 10 a.m. the Federal Aviation Administration grounded all flights over or bound for the continental United States. Various buildings were evacuated as well.

Only 18 people were rescued from the WTC rubble. Many victims were never identified, even after intense DNA analysis of remains.