Cancer prevention and early detection: Protecting yourself and your family 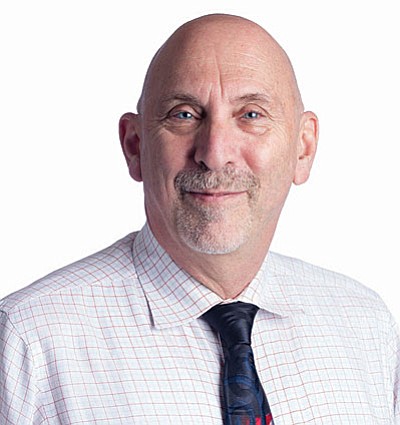 Scientists and medical professionals have been waging the War on Cancer for many years, even before President Nixon signed the National Cancer Act in 1971 and set the country on track to better fight this disease. We've had many successes and many failures, but the fight goes on with better treatments, new research and ever-changing insights into what patients really need.

Recent data published by the American Cancer Society suggest there will be 1.6 million new cancer cases in the U.S. this year. This staggering number does not even include skin cancers such as squamous and basal cell, which many patients have had removed by their dermatologists.

Of those 1.6 million cancer patients, we expect to see more than 32,000 in Arizona. These are our friends, family and neighbors who are at risk of developing cancer and needing treatment, which may include surgery, radiation therapy or chemotherapy.

Most people think of the common cancers involving the lung, breast, prostate and rectum. However, let's look at less common sites for forming cancers in the mouth, tonsil, throat and larynx. Together, these are called cancers of the head and neck and represent 48,000 cases per year nationally.

Treatment of these cancers must be tailored to the individual patients, but typically involves some form of surgery and radiation therapy. Some patients even benefit from adding chemotherapy during the radiation.

The earlier these cancers are caught, the less likely all these treatments will need to be used together. This means that treating cancer early in its course - finding it while it is still small and localized - makes the treatment easier to tolerate and more effective. However, data from the American Cancer Society shows that only about 30 percent of these cancers are found when they are localized.

Sadly, today more than two out of every three cases have already spread before the diagnosis. Finding these cancers early matters because treatment is less complicated and the cure rate is more than twice as effective for patients in whom the cancer is localized.

What do Michael Douglas, William Rehnquist, Sammy Davis Jr. and Ulysses S. Grant all have in common? They all suffered a cancer of the head and neck and proved it is possible to be cured and enjoy a productive life. They also are evidence that early detection matters. See your doctor if you have any lumps or sores in the mouth or throat; have problems swallowing; or have bleeding or hoarseness.

Also, take a look at any risk factors that may make you more susceptible to these cancers, which include smoking, chewing tobacco and heavy alcohol consumption.

Having the human papillomavirus virus, or HPV, also increases your cancer risk. At the Multidisciplinary Head and Neck Cancer Conference in Phoenix in February 2016, experts reported an epidemic of new cancers that are related to HPV. The good news is that these new cancer types may respond better to treatment than other similar cancers; the better news is that HPV can be prevented.

There are now vaccines that have been approved to prevent cancers caused by HPV, including head and neck cancer as well as cervical cancer in women. The vaccine works best when it is given to children while they are young. The recommended age to vaccinate is between 9 and 26 for females; and between the ages of 9 and 21 for males.

Make sure your family is protected, and for those who are past the age for vaccination, avoid risk factors in your lifestyle. Now is a good time for a regular oral exam by your physician or your dentist. Together, we can beat these cancers through prevention and early detection.

David C. Beyer, M.D., F.A.S.T.R.O., F.A.C.R.O., F.A.C.R., is a board-certified radiation oncologist and Medical Director of the Cancer Centers of Northern Arizona Healthcare in Sedona, part of Northern Arizona Healthcare, where he consults on cancer cases from around the state. He grew up in Arizona and studied at the University of Arizona as well as at the Massachusetts Institute of Technology and the University of California, Los Angeles. He serves as President of the American Society of Radiation Oncology.

CCNAH brings hope and healing to cancer patients. Its multidisciplinary medical teams, advanced technologies and compassionate care help patients and their families through the experience, leading them to a new start in life with two locations in Northern Arizona:

For more information on Northern Arizona Healthcare programs and services, visit NAHealth.com. "Like" NAH at Facebook.com/NorthernArizonaHealthcare.
Report a Typo Contact
Sign up for our e-News Alerts
Most Read
7 days
30 days