King contract to be finalized with school board 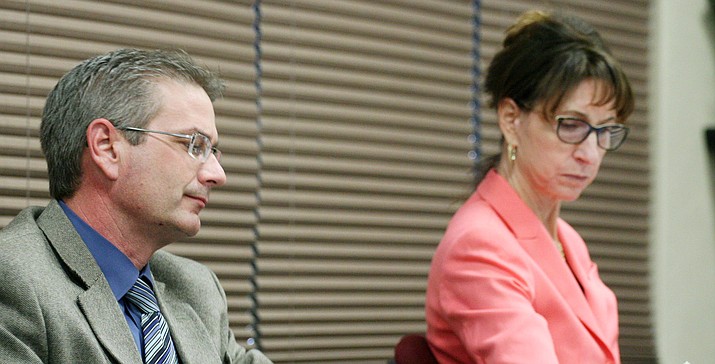 COTTONWOOD – What had been discussed twice by the Cottonwood-Oak Creek School District’s governing board has now been relegated to consent agenda status.

Tuesday, the COCSD board is expected to make official a contract with Steve King to become long-time Superintendent Barb U’Ren’s replacement, effective July 1.

At February’s meeting, both the board and King, currently the district’s assistant superintendent, agreed to continue negotiations in March.

In March, both sides agreed on the structure of the deal.

King became U’Ren’s assistant superintendent in 2015 after an eight-year career as principal at South Verde High School in Camp Verde.

Since King and the board agreed to the contract, Cottonwood-Oak Creek has decided to not replace King’s current assistant superintendent position. Upon King’s suggestion, the district will instead hire a curriculum coordinator “based on the needs of the district.”

The board “did designate not replacing [King’s current] position, but providing an extension of curricular support,” said Tricia Winters, executive assistant to the superintendent.

The position, posted internally and externally on March 28, will close on April 8.

Said King, the district’s need for curricular support “is at schools, at the classroom level.”

The ability to build “positive relationships” is key to the position, King also said.

As with a school’s principal, the position will each year be a 10-month contract and is “collaborative in nature,” King said.

“A “deep knowledge” of curriculum assessment and instruction, an understanding and belief in COCSD’s mission, and a belief “that all children can be successful” are requirements for the position, King also said.

According to King, the district’s curriculum coordinator will spend the vast majority of time with principals and administrative staff.

Also on the April 4 agenda

The COCSD governing board will also discuss the following items on April 4:

• The district’s annual blueprint strategic planning session is on the agenda. Winters said that the blueprint “drives how we do business in the district, it gives us transparency and accountability in the district.”

The Cottonwood-Oak Creek School District board will meet at 5:30 p.m. April 4 at the district office board room, located at 1 N. Willard St. in Cottonwood. A copy of the agenda is available at the district website, www.cocsd.us.