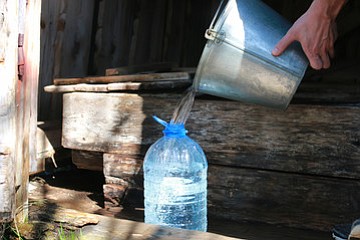 The City of Cottonwood has no wells in this area, said Debbie Breitkreutz, Regulatory Compliance, Safety and Education Administrator. The focus is on the private drinking wells in the area, she said.

“We haven’t found anything in our system,” said Breitkreutz.

ADEQ will be performing a remedial investigation and feasibility study. The contaminate of concern is tetrachloroethene (PCE).

According to the National Institutes of Health (NIH), tetrachloroethylene is a colorless, volatile, nonflammable, liquid, chlorinated hydrocarbon with an ether-like odor that may emit toxic fumes of phosgene when exposed to sunlight or flames.

It is mainly used as a cleaning solvent in dry cleaning and textile processing and in the manufacture of fluorocarbons.

“Exposure to this substance irritates the upper respiratory tract and eyes and causes neurological effects as well as kidney and liver damage. Tetrachloroethylene is reasonably anticipated to be a human carcinogen and may be linked to an increased risk of developing skin, colon, lung, esophageal, and urogenital tract cancer as well as lymphosarcoma and leukemia,” said NIH.

ADEQ added the SR 260 and Main Street Preliminary Investigation (PI) site to the WQARF Registry, according to the notice. The site was listed on the registry Dec. 12. 2016, with an eligibility and evaluation (E&E) score of 40 out of 120 due to the presence of PCE in the aquifer at concentrations that exceed the Arizona Aquifer Quality Standard (AWQS).

The Cottonwood site is bounded by Mingus Avenue to the north, Mongini Lane to the south, the Verde River to the east, and South 15th Street, South Main Street and SR 260 to the west, according to the notice.

The site includes a mixture of public, commercial, and residential land uses along SR 260.

“This has been brewing for a long time,” said Breitkreut.

In August 2005, the owners of the Swanson RV Park filed a complaint with the ADEQ Hazardous Waste Inspections and Compliance Unit due to PCE contamination in a drinking water well, according ADEQ. Water in this well was contaminated with PCE at a concentration of 8.5 micrograms per liter. Subsequent investigations were conducted to identify potential sources of PCE that impacted the well at the RV Park, stated the notice.

Groundwater and soil-gas sampling identified two potential source areas: Cottonwood Cleaning & Bridal Boutique (located at the corner of Main Street and Aspen) and Cottonwood Quality Dry Cleaning (located at Main Street and Camino Real), stated the notice. A limited field investigation showed that he groundwater in this area was impacted with PCE as concentrations above AWQS. Elevated concentrations of PCE were also detected in soil-gas in both locations, said ADEQ.

A recent sampling event identified PCE along with other contaminates (trichloroethene and cis-1, 2-dichloroethene) in several wells across the area, according to the notice. The highest PCE concentration was 20 micrograms per liter, detected in a sample collected form a private domestic well, stated the notice, and PCE was present at a concentration of 8.6 micrograms per liter in a mobile home park well supplying water to 14 residences. An alternative water source has been provided to affected residents, said ADEQ.

If you own or operate a private well within or near the area of this site, contact ADEQ, and they will arrange to collect a sample from your well.