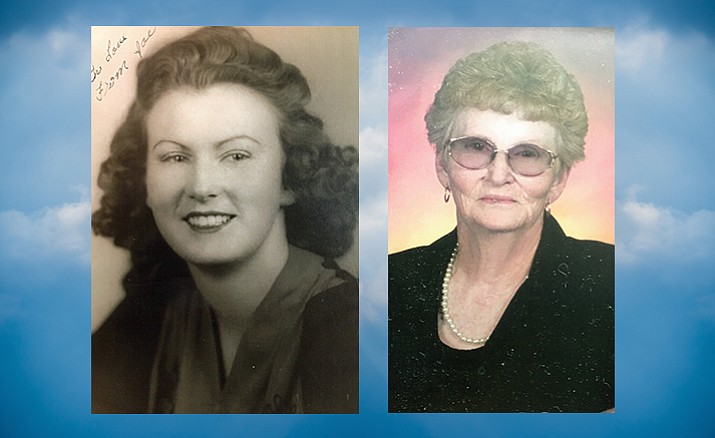 Jo Florence Cochran, 94 ½, of Cottonwood, AZ, passed away peacefully in her sleep on Thursday April 6, 2017 of natural causes.

She was born in Breckenridge, TX on September 30, 1922 to the late Thomas James and Mary Florence Spurgeon. She lived in Texas 23 years, as the wife of Rev. Jesse Lee Cochran in several churches. They also lived 13 years in California where she worked for General Electric as well as served with her husband in Bible Baptist Church in Ontario, CA., which they organized in 1958.

She retired from Northern Arizona University as librarian in 1983. She loved to sew, quilt and garden.

Her husband preceded her in 1993. Due to declining health, she had not been active in a church in Cottonwood for some time.

Jo is survived by 4 children: Ruth Lange (Loren), David Lee Cochran (Lucy), Jesse Paul Cochran (Reva) and Mary Jo Cochran, 7 grandchildren, 12 great grandchildren and one great, great grandchild. She was preceded in death by one daughter Loyse Jean, who lived only 6 months. Jo was the oldest of 5 children and was the last of all the siblings to get her promotion to heaven, where she was anxious to go and called it “home.”

In lieu of flowers, donations are requested to go to Northern Arizona Hospice.

No memorial services are planned, per her request.