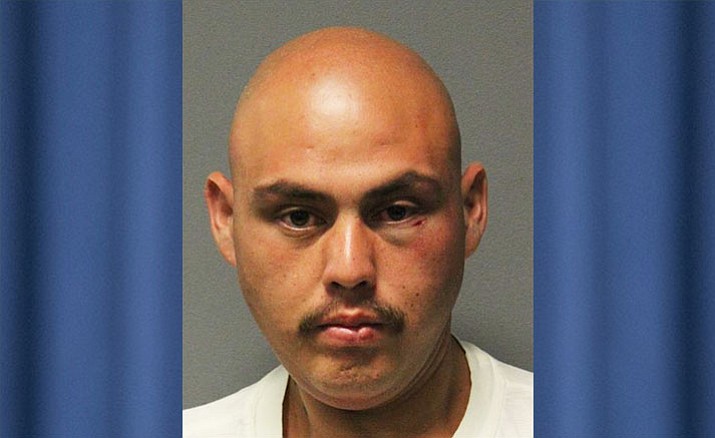 The victim was flown to Flagstaff Medical Center for a higher level of care, said Sgt. Monica Kuhlt in a news release.

Officers were called to the area of Garrison Park around 6 p.m. that evening for a male subject who was “bleeding heavily,” according to the release.

Police said the victim had a large cut to his chin, a large gash to his right biceps, and was unable to speak.

He was transported to VVMC, said police, but due to his level of injuries, he was flown to Flagstaff Medical Center.

“The victim was able to identify the assailant as ‘Frosty’ before being flown to Flagstaff,” said Sgt. Kuhlt.

Officers know “Frosty” is Calderon’s moniker, according to the release.

Calderon, a Cottonwood resident, was located, arrested, and charged with aggravated assault – disfigurement (a felony) along with two misdemeanors, according to the release.

He is in custody on an $8,000 bond. Police said the victim is in stable condition.