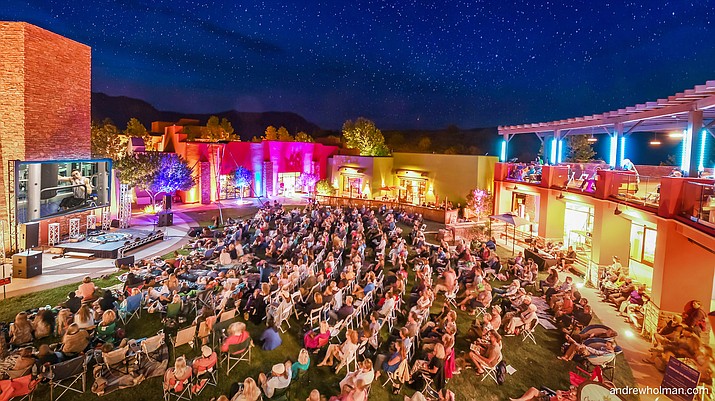 RUMBLE: The Indians Who Rocked The World, a celebratory examination of the often-underappreciated role of Native American tradition in the evolution of American popular music, earned the Audience Award for Best Feature Film at the fourth annual Illuminate Film Festival, May 31 - June 4 in Sedona.

The Georgia Wyss-directed documentary, Mantra - Sounds Into Silence, captured the Director’s Choice Award. The film offers viewers a transformative journey of the human experience through which music is used to reach, unify and liberate even those on the outskirts of humanity. Following the film, artist C.C. White Soul Kirtan did just that, drenching the audience with an exotic, soulful high-energy musical immersion. An Honorable Mention went to the Opening Night film HEAL, by director Kelly Noonan, which attracted the festival’s largest audience of the year.

The Audience Award for Best Short Film went to The Invisible World, directed by Jen Fineran. This short documentary tells the story of artist Mark Weiss as he embarks on a mystical transformation through the 10,000 scrapes and strokes needed to manifest a single work of art. The runner up in the Short Film category was environmental doc Straws, directed by Illuminate alum Linda Booker (Bringing It Home, 2015).

The Illuminate Film Festival Impact Award went to City of Joy by Madeleine Gavin, which highlights the tremendous resilience of abused women in the Republic of Congo who transform their suffering into inspired forms of leadership with the help of playwright Eve Ensler (The Vagina Monologues). The screening sparked a cathartic post-screening discussion where filmgoers courageously shared powerful personal stories. All The Rage, a film about healing chronic pain through the mind-body connection, took home an Honorable Mention.

The festival enjoyed a record 11 World, North American and US premieres and a record 12 sold-out screenings.

At the Conscious Cinema Accelerator, a program of the festival’s Conscious Film Convergence, 9 new conscious film projects were mentored by industry veterans. 14 more projects by filmmakers from around the globe received development and production advice from the makers of AWAKE: The Life of Yogananda at ILLUMINATE’s inaugural Filmmaker Lab.

Other new components at the 2017 festival included a downloadable festival app, a host of on-the-land Pre-Fest Quests and a Luminary Living Room Series with Dr. Joe Dispenza, Barbara Marx Hubbard and James Twyman.