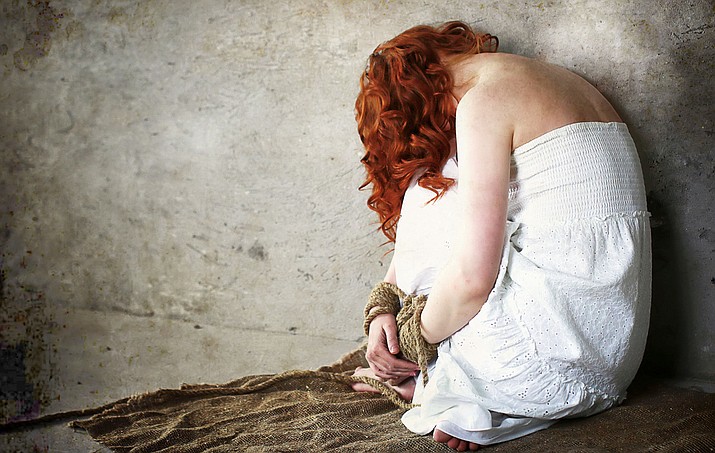 According to the National Human Trafficking Hotline, Arizona saw a 14-percent increase in sex trafficking cases reported in 2016, making it the 14th highest state for such crimes.

Last week, Sens. John McCain and Jeff Flake, along with 18 other senators, introduced a bill -- the Stop Enabling Sex Traffickers Act -- that would make the prosecution of websites that host sex trafficking advertisements easier. The main target of the bill is the website Backpage.com, according to Sen. McCain.

McCain accused Backpage.com of facilitating “online sex trafficking and child exploitation, destroying the lives of innocent young women and girls,” McCain said in a written statement. “It is disgraceful that the law as written has protected Backpage from being held liable for enabling these horrific crimes.”

In 2015, a sting operation in the Verde Valley led to the arrest of 35 men who had tried to solicit sex from underage women. Today, the Verde Valley Coalition Against Human Trafficking has made efforts to reduce sex trafficking incidents through education. For the coalition, this means setting up a booth in busy areas, like the Cottonwood Recreation Center, and talking with passersby or giving presentations at organizations that will have them.

“If there’s lots of activity in big towns, like the Super Bowl comes to town or the Final Four, or just because it’s a big town and there’s lots of activity, we want to make sure that the traffickers don’t move up the I-17 into our communities, because they know there are a lot of naïve little girls and boys up here,” said Andrea Kadar, a member of the coalition.

Kadar said that many young people in small towns are looking for a “ticket out,” which makes them vulnerable to unknowingly being lured into sex trafficking. The traffickers may pose as an older boyfriend who attempts to isolate the victim from friends and family.

The most common reporters of sex trafficking are community members. The second are victims themselves. The coalition urges the community to report activity such as a young person being escorted by someone much older than them who does not appear to be family. Coalition members also advise to be aware of bruising and other signs of abuse. The trafficker may also shower the victim with gifts at first as a means of building the relationship.

As the coalition is actively working to educate the community, Yavapai County has been working to apprehend those involved in trafficking rings and drive down the demand for underage sex.

In 2014 and 2015, Yavapai County Sheriff Scott Mascher set out to find out more about the trafficking situation in the Verde Valley by running a sting operation. He and the FBI, along with other law enforcement, advertised an undercover post on a website that is known to advertise trafficking. The ad specifically targeted individuals seeking “barely legal” sex. Over 400 men responded. The callers were then told that the “girls” were actually 16, and that’s when the majority of them hung up. But 35 did not.

When the suspects arrived to the hotel rooms, set-up as the meet-up locations, they encountered law enforcement officers instead of young girls.

The sting led to the arrest of dozens of men, proving the high demand for sex abuse toward minors was real within the Verde Valley. The men were charged with felonies and Sheriff Mascher publicized their faces, names and ages in hopes of driving down demand.

Within the last two months, the sheriff ran a similar sting and three more “buyers” were arrested – one was a retired police officer.

“I will continue to make these types of operations a priority for the Yavapai County Sheriff’s Office because the goal of protecting our children from sexual predators must continue,” Sheriff Mascher stated in a press release on the June sting. “On behalf of my fellow law enforcement partners, it is my hope these arrests send a message that preying on our children will not be tolerated in this county.”

Mascher’s goal is to make Yavapai County a “fly-over” zone for sex traffickers.