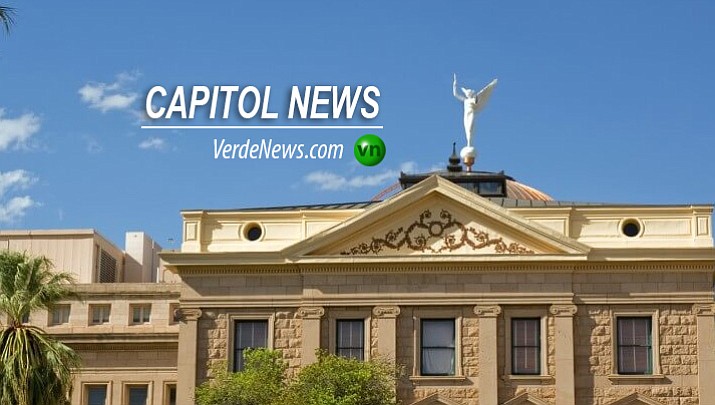 PHOENIX -- Saying the case isn't legally "ripe,'' a judge on Tuesday tossed out a challenge to a new statute that imposes additional restrictions on the ability of citizens to propose their own laws.

That's because it overrules existing requirements that initiative petitions need be only in "substantial compliance'' with election laws. Courts have repeatedly interpreted that to mean that measures can go to voters even if there are inadvertent errors by organizers or circulators, or mistakes those that do not affect the ability of voters to determine what is at issue.

Instead, the law that Stephens' ruling allows to take effect Wednesday requires judges to void initiatives not in "strict compliance'' with all election laws. That could mean disqualification of petition drives based on technical errors.

The judge said all that is legally irrelevant, at least for the time being.

She said anyone challenging an Arizona law "must demonstrate that he is realistically threatened by a repetition of a constitutional violation.'' Merely the fact that the law could affect someone who violates it -- and can avoid violating it -- is insufficient to give Arizona courts the authority to rule.

And Stephens pointed out there is no current initiative drive that has been affected by the new requirement.

Tuesday's ruling does not end the legal fight.

Attorney Roopali Desai who represents opponents of HB 2244 said she disagrees with Stephens' conclusion that the challenge is premature. She contends courts can intercede when there is a threat to someone's constitutional rights.

Desai is meeting with her clients -- individuals and organizations that are contemplating future ballot initiatives -- to decide whether to appeal. But even if there is no appeal, that does not automatically mean the statute is legal -- or enforceable.

The essence of what Stephens decided is that a ruling on whether the legislature acted illegally has to wait until some petition drive is actually affected by the new law.

That likely would come when petitions for a future initiative are turned in and foes ask a judge to quash the measure. At that point, a judge would have to decide whether the Arizona Constitution allows him or her to review the petitions under the new "strict compliance'' standard.

Separately Tuesday, a referendum drive against HB 2404 also came up short when foes of that law were unable to get sufficient signatures to put the question to voters.

Organizer Mike Shipley said volunteers were able to gather about 23,000 signatures against the measure which bans paying petition circulators based on the number of signatures they gather. But that is far short of the 75,321 needed to delay enforcement of the law until voters get a chance to ratify or reject the legislation.

At the heart of both issues is the right of voters to create their own laws.

The Arizona Constitution spells out that any group which gets the signatures equal to 10 percent of the people who voted in the last gubernatorial election can put a statutory change on the ballot. This year that figure is 150,642.

Constitutional changes have a 15 percent requirement, or 225,963.

Many lawmakers have complained about the initiative process, saying it has led to special interest groups proposing measures that affect the state and its budget.

But proponents contend they go directly to voters when legislators won't act. Recent examples range from banning gestation crates for pigs and outlawing leghold traps on state land to allowing patients to use marijuana for medical reasons and and an increase in the state minimum wage.

It was that last measure, approved by voters in November by a 3-2 margin over the objection of the business community, that led some GOP lawmakers to seek curbs.

Lawmakers are powerless to increase the number of signatures required figures without voter approval. But they can -- and did -- impose some new requirements.

One is this new "strict compliance'' standard.

If that standard had been in effect in 2012, voters would never have been able to decide whether to make permanent a one-cent increase in the state sales tax. That's because there were wording differences between the electronic and printed versions of the initiative filed with the secretary of state.

But the courts said those were not meaningful, allowing a vote. The measure failed anyway.

A series of witnesses told Stephens last month that a strict compliance standard will make it easier for foes to disqualify signatures -- and in some cases, entire initiative sheets -- for technical violations. The result, they said, will be they need to get even more signatures as a cushion, raising the expense.

Stephens said, though, she can't consider the issue.

The judge acknowledged that challengers believe the changes will affect future initiatives.

"But this court finds that expectation is not sufficient to make this matter ripe for judicial review of the constitutionality of HB 2244,'' Stephens wrote.