Letter: Congress only needs to supply the rope: Trump will hang himself 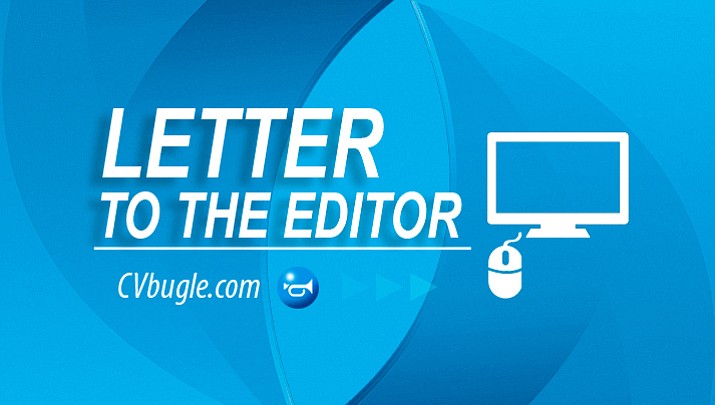 Wow! I had no idea that Trump supporters were so touchy. We all know that Trump is thin skinned – any perceived slight will unleash a torrent of adjectives aimed at the offender, but I thought his supporters might be more restrained.

Not so. A recent letter by this writer must have hit a nerve. First, a letter from a couple who blamed everything from slavery to all the violent acts in recent memory on Democrats, instead of placing the blame for the Country’s unrest on Trump himself.

Then there is Dale Gohr. I usually ignore Dale, as he seems to get his facts from sources that make FOX news look like an organ of the Democratic Party, so he never has had much credibility with me. And how Dale loves the quote mark (“)! One comment Gohr wrote, however, needs to be called out. I would invite him to explain how the phrase ‘half-white President’, referring to President Barack Obama, adds anything to the conversation? What was your point, Dale?

All that aside, I am a bit surprised by the continued support for Trump, considering the chaos in the White House, and Trump’s inability to fulfill any of his campaign promises. I have to believe that a majority of Trump voters want the chaos to stop and for Trump to start acting like a President.

Even serious writers to the editor, like Jim Barber, preface their letters in praise of Trump with admonitions to stop the tweets and attacks. He and the Republican Party promised to repeal and replace Obamacare (ACA).

And they have the juice; they have the Senate, the House, and the executive branch. Should be a slam dunk. Problem is, the only one who got dunked was Trump. His ham-fisted approach to try to bully Congress backfired. He suffered a humiliating defeat.

Trump’s approval rating is at 33 percent, the lowest for any President in history at this time in an administration. Our enemies don’t fear us, our allies don’t trust us, and Congress is getting fed up with a man who thinks Congress should be subservient to the executive branch. The only meaningful piece of legislation Trump has signed is a slap at his executive overreach.

The Russian sanctions bill imposed heavy sanctions on Russia at the same time tying Trump’s hands so he can’t weasel out of them. A stinging rebuke to the man who has said “With the exception of the late, great Abraham Lincoln, I can be more presidential than any president that’s ever held this office.”

It is time for Congress to act. Give Trump enough rope, and in a year or so begin impeachment proceedings. Get him and his whole family, along with Steve Bannon and other bacteria who have infected the White House out, put Pence in place as President, and let’s get about the business of helping get our Country move forward again. Together.

Letter: When will power brokers decide enough is enough with President Trump
Letter: Make up your mind
Letter: No one is above the law -- not even the President
Letter: New presidential expectations
Letter: With Trump, American again will be for the people and by the people
Event Calendar