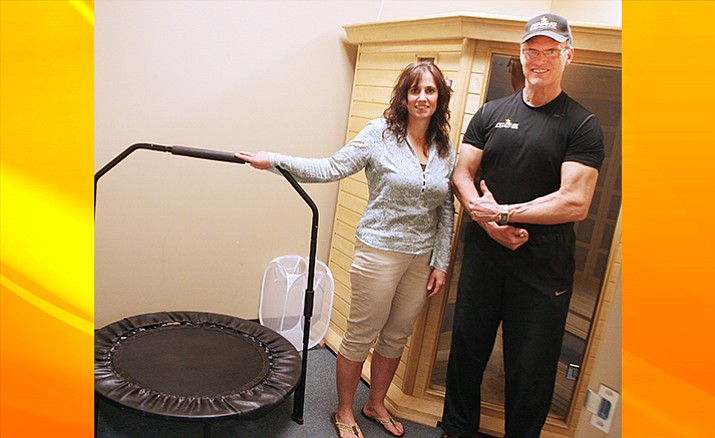 CAMP VERDE – When doctors told Lisa Diacik that her son was dying, the Rimrock resident realized that what she had known about medicine was not working.

“Most people don’t care about their health, until it’s gone,” says Diacik, owner and operator of Camp Verde’s Love Yourself, Love Your Health, located behind Fit in 15 on Montezuma Castle Highway.

“Most people don’t know how good their bodies are designed to feel,” Diacik says. “I help people know how to love themselves. Once you start loving yourself, your health will follow.”

One thing Diacik learned when her son Jared Bucey was diagnosed with stage-four cancer is that the body holds a lot of toxins.

“We had to detox the cancer out of him,” Diacik says.

Before Jared was diagnosed, she noticed one evening that her son had “smelly feet.”

Which isn’t necessarily unusual for a young person, she said. But after doctors told her that Jared was seriously ill, she began to put certain things together and saw signs of a way to better health.

“When the doctor said Jared had six months to live, I wasn’t afraid to do anything,” Diacik says.

“I learned that body odor is a warning sign,” she says. “Those toxins were coming out of his feet. A few weeks later, he was diagnosed.”

Diacik uses an infrared sauna that not only removes toxins from the body, but it also claims to boost the immune system’s functions, burn calories and improve metabolism.

“People don’t realize the power of the infrared sauna,” she says. “There are so many environmental toxins.”

Diacik doesn’t say that detoxification in and of itself cured her son. But by making several life changes, Jared began to get better.

“How many times do people not look at labels,” Diacik says. “People need to look at ingredients of their foods, and their skin care products.”

It’s been about two years now, and Jared is cancer free. And his mother wants others to also experience good health.

So she opened her business with the help of Dick and Lisa Nunez of Fit in 15, who let her use the back portion of their business.

“I think it’s a win-win,” said Dick Nunez, who has offered to provide training for Diacik as a personal trainer.

“We’re not here to overwhelm people,” Diacik says. “This is a lifestyle change, not a life sentence.”

Visit https://www.loveyourselfloveyourhealthnaturally.com for more information on the services.

Love Yourself, Love Your Health is located in the back of unit 8 at 155 S. Montezuma Castle Highway.

Hours are by appointment, call 928-300-6299 for more information on services or special offerings.