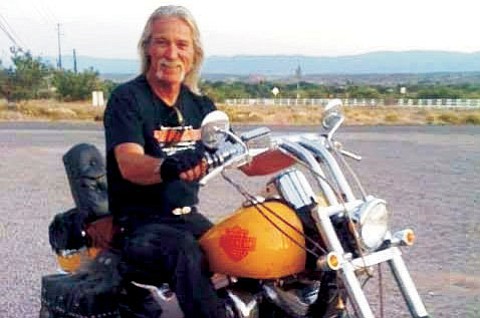 Curtis Robert “Bob” Colony passed away on Thursday, August 3, 2017 in Cottonwood, AZ. Bob, a Cornville, AZ resident for more than twenty years, was an integral part of Sedona and the Verde Valley.

Whether he was behind his bench at Raven’s Nest Trading Post, where he repaired and custom built and sold jewelry for more than 25 years, or was lending a hand in and around his neighborhood and church, Bob’s heart and hands were always open. He brought that attitude with him from Burbank, CA, where he opened his first jewelry store.

He came to Sedona and opened his shop with Helen Snyder. Together, they had Crimson Cliffs/Raven’s Nest at the corner of 89A and Airport Rd.

People from all walks of life were drawn to Bob, primarily for jewelry service (he was touted, and rightfully so, as the best silversmith within miles) but found themselves returning again and again for conversation, which almost always included a hug and a laugh.

He had a way of forgiving the faults in others, probably because he had found a way to forgive himself first. He had a biting wit and yet retained an ability to let those around him know he was harmless and approachable.

Bob readily, and without reservation, took in those damaged by some act of nature or self-inflicted wound. He rescued animals (birds, reptiles, dogs, even a wolf). He had the same respect and empathy for humans (people with broken emotional wings or just in search of their better selves.)

Bob was unpretentious, honest and free-spirited, which he expressed most as he cut through the wind on motorcycles that he had built or rebuilt. Bob loved bikes – riding, fixing, building, repairing, comparing, and conversing about.

Combine that with his love for and knowledge of turquoise (the state or country where it was mined, the quality of the stone and its use and position in a piece of jewelry) and you got a sense of what made him tick.

Bob was an attractive man, nearly six feet tall, auburn-haired, blue-eyed, thin, always in jeans and boots – the cover model for a biker or jeweler magazine, but totally unaware of his physical attributes – just a guy doing what he loved. You would think men with Bob’s looks would make other men jealous or put off, but Bob instantly made them feel welcome and worthy. Guys even used to hang out at his store while he worked the bench. They would bring him lunch (although he was most comforted by a simple bag of Fritos) and talk with him while he worked, picking his mind on myriad topics, from love to religion to politics to local events.

Bob would have celebrated his 64th birthday on August 5th. He is survived by his daughter, Miranda and wife, Annette and her children. Bob treated each of his friends as if they were his best friend. He listened intently as they shared what was going on in their lives, only offering advice when solicited, which was often a carefully worded “I love you, but you need to do what makes you happy.” He found ways, through his faith, to find and extend love, strength and forgiveness.

Bob ran Raven’s Nest Trading Post for more than 25 years. He moved his shop around the corner from Airport Road and expanded the old pawn jewelry he offered for sale.

He also began to sell stained glass his wife, Annette made. He took in and tutored Richard “Candy” Collins, who, along with Annette and Miranda plans to keep the store open, with Candy handling the repairs.

A remembrance service and pot-luck gathering will be held from 5pm until 9pm at Sedona Elks Lodge at 110 Airport Rd, on Friday, August 11, 2017. Friends and acquaintances are invited to come by and share a story or two.

In lieu of flowers, please go to the Go Fund Me page set up by Bob’s immediate family.