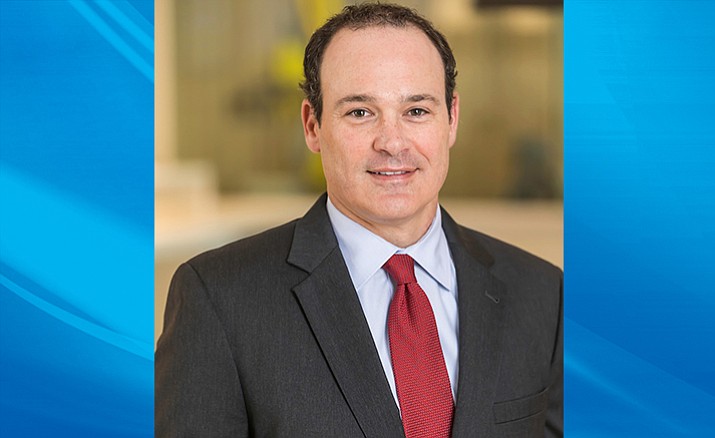 Harvest Inc. CEO Steve White ended a successful law career and took “a significant pay cut” to start his medical cannabis company. Since 2016, Harvest Inc. has operated a cultivation facility in Camp Verde on SR 260 about one mile west of the I-17 interchange. (Courtesy photo)

CAMP VERDE – Whether recreational or medical, is there a difference between cannabis and marijuana?

Only in the vernacular, says the CEO of Camp Verde’s most recent cultivation facility.

According to Steve White, CEO of Harvest Inc., he prefers the term cannabis, but calls it marijuana “when required.”

“For example, all of our laws in Arizona use the term marijuana,’” White says. “Voters passed the Arizona Medical Marijuana Act.”

White also says that the plant “is cannabis, and marijuana or marihuana have some racist origins.”

Getting past the semantics, Harvest Inc. is a national enterprise with medical cannabis dispensary, cultivation, and production licenses in Arizona, Illinois, Maryland, and Nevada.

In Camp Verde since 2016, White’s Verde Valley cultivation facility – perhaps more commonly termed a grow house – employs more than 40 people, and is even looking for another nine workers, according to Danny Whisenand, the site’s cultivation manager.

White talks of his more than 10 years as a lawyer – and how that experience was anything but special.

“Worked for a couple of firms, then I felt I wasn’t satisfied with the law firm environment,” he says.

Who can benefit from medical cannabis?

According to the Arizona Medical Marijuana Clinics website, a person must have a medical condition to qualify for the use of medical marijuana under Arizona state statutes.

A person who suffers from any of the following conditions could benefit from the use of medical cannabis:

In 2005, White started his own law firm. Other than the occasional opportunity to help clients make business decisions, even running his own law business didn’t do it for him.

And White had grown up wanting to be a lawyer – after he realized he wouldn’t be playing for the Phoenix Suns.

“Lawyers are too out of touch,” he says. “Law seems to always be about game playing. I just never liked that about law. I decided I wanted to do something else.”

Once Arizona’s voters passed a law that legalized the use of cannabis for medical purposes, White knew that law and him would soon part company.

“You do a lot of soul searching to figure out what you want out of life,” White says. “I took a significant pay cut to change my life. Clients would get excited when you won a case. But it’s nothing compared to helping someone alleviate pain. It’s significantly more meaningful.”

The CEO of Harvest Inc. says he is “pretty familiar” with pain. With three “significant” back surgeries, the first at age 19, and doctors prescribing medicine whose names he couldn’t pronounce, he knew there were other options.

Today, Harvest Inc. offers more than 60 different options – medical cannabis strains – to treat people with various conditions. According to the Arizona Medical Marijuana Clinics website, www.azmmcc.com, people who suffer from conditions such as Alzheimer’s Disease, Amyotrophic Lateral Sclerosis (ALS), Cancer, or seizures “could benefit from the use of medical marijuana.”

The ability to treat a myriad of disease makes cannabis “a fairly complicated plant,” White says.

“More strains gives us more genetic complexity, and more ways to treat their current conditions,” White says. “You can acquire different strains, or you can breed different strains. The breeding process is quite interesting, much like when parents breed. You can get a variety of different kids.”