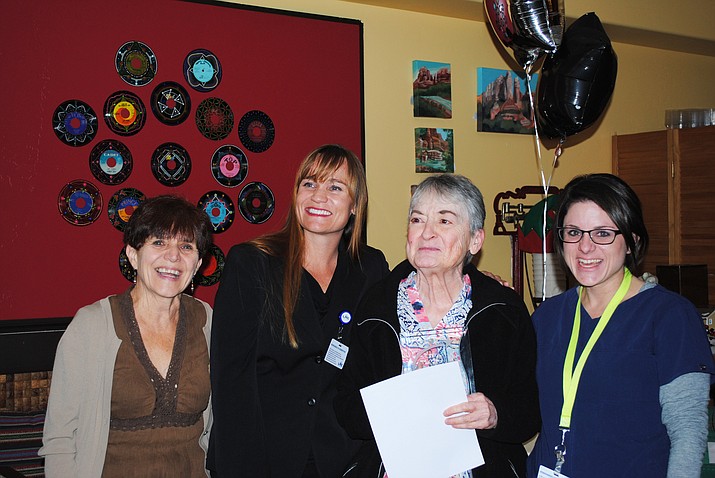 COTTONWOOD – Northern Arizona Hospice held a retirement party Monday at Red Rooster for Rosemary Schmid, who has volunteered at the agency for 33 years.

“We love Rosemary,” said Carol Durkalec, executive director. “She has touched so many lives in her many, many years of service.”

She came in every week faithfully, said the executive director.

“You are what volunteerism is. Thank you from the bottom of our hearts,” said Durkalec to Schmid during the event.

After receiving the recognition, the humble woman said it was a joy to work for Hospice. She choose Terry Swatzell as her replacement.

Everyone at the party said Schmid will be missed.