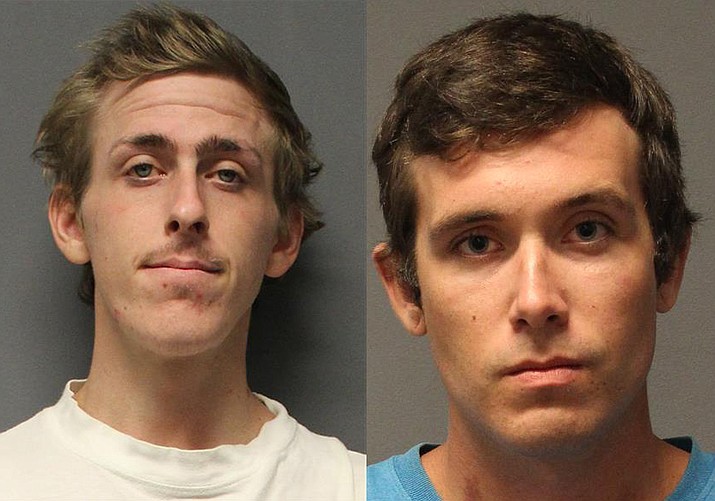 CAMP VERDE – Two of the men involved in a 2013 Camp Verde burglary-turned-arson were sentenced at Yavapai Superior Court on Monday.

In November, Joshua Dawson, 25, and Bradley Meyer, 22, both pleaded guilty to arson of an occupied structure, first-degree burglary, criminal damage and theft as per plea deals offered by the State.

Monday, the men were sentenced to five years in prison. Judge Michael R. Bluff ran the arson, theft and criminal damage charges concurrently on the recommendation of both the State and defense.

Dawson and Meyer, both from Cottonwood, were in custody on unrelated charges and additionally charged on Aug. 10 in the burglary-arson case.

The third man indicted in relation to the arson-burglary, 26-year-old William Stockwell, is currently set for a pretrial conference on Jan. 8, 2018. Stockwell is also charged with arson, burglary, criminal damage and theft.

In July a detective received tips regarding the involvement of certain suspects in this incident, according to a release by the Yavapai County Sheriff’s Office. These tips provided information which proved reliable as they contained details only known to detectives and not shared in the media.

Detectives investigating the incident confirmed the suspects knew that the residents at the Deserama Circle home were out of town at the time of the arson and burglary.

It was learned Dawson had an ongoing conflict with the occupants. The suspects decided to burglarize and burn down the home, but did not realize that one of the occupants was still in town and came home to discover the fire around 1 a.m. and called 911.

According to court documents, mason jars of homemade napalm were used to burn down the home.

“He is remorseful … He has reached a point where he realizes he can’t keep going with this lifestyle,” Gonzales said. “From the beginning he took responsibility for this with me.”

Bluff asked Dawson if there was anything he’d like to tell the court.

Meyer was 18 when the incident occurred. His attorney, Dennis Bayless, described Meyer as “a young man who did a stupid, stupid thing.”

“There’s got to be a part of you that’s glad to get this monkey off your back, right?” Bluff asked Meyer after the sentencing.

“This doesn’t have to define who you are the rest of your life. I hope it doesn’t,” Bluff said.

Bluff wished both men luck in life after their release.