One person dies in SR 260 crash 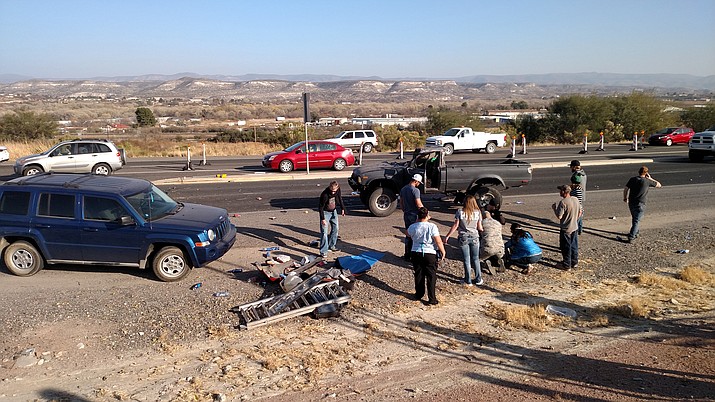 Emergencies crews were on scene at a fatal accident on State Route 260 at Pueblo Ridge near the Chevron gas station in Camp Verde on Thursday afternoon. (VVN/Dan Engler)

CAMP VERDE – One person died after a two-vehicle accident on State Route 260 at Pueblo Ridge near the Chevron gas station in Camp Verde around 2:56 p.m. Thursday.

Camp Verde Marshal’s Office deputies arrived on scene and found that a passenger car had collided with a small pickup truck, causing the pickup truck to overturn, according to news release from the agency.

There were three people involved in the accident, with one who was confirmed deceased, said CVMO.

Driver impairment does not seem to be a factor.

Eastbound lanes of SR 260 were blocked and traffic was diverted around the crash. Travelers who were driving to and from Cottonwood on the highway were advised to take another route.

More details will be released as information becomes available.