Cottonwood City Council to decide use policy for municipal logo 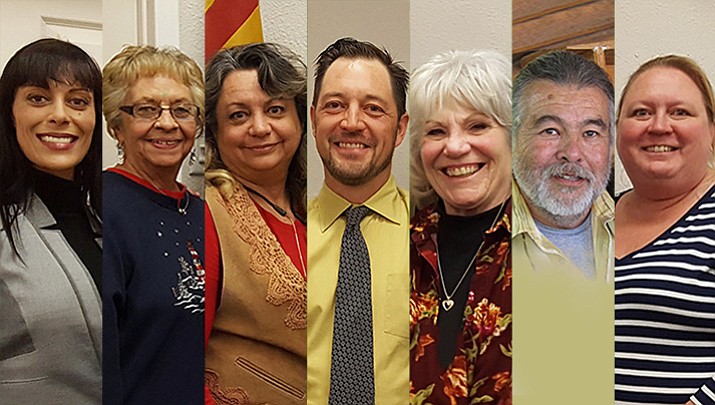 Cottonwood City Council will meet Tuesday to consider the approval of the revised Logo Use Policy.

Oct. 17, Community Services presented the need for the city to have a Logo Policy to protect the citizen investment made regarding the city’s brand. The intent of the policy is to provide an application process for perspective users so that the use of the city logo is controlled and to provide some return on the investment that the city has made in the logo.

Council approved of the concept, but asked that some minor changes be made to the policy. Changes included: a term limit of five years, revocable use with authority at the City Manager level, applicants shall have no unpaid debts or obligations, and that the policy may be amended in the future if deemed necessary.

Council could approve the change order for design services provided by Southwestern Environmental Services, Inc. to perform additional drainage analysis and the design of a mini-roundabout at the intersection of Mingus Avenue and 12th Street.

At the September City Council Special Work Session held on Sept. 28th, engineering staff presented several design considerations to the Council and requested direction on how to proceed. Two of the items discussed at that time are for work items that are outside the original scope of work developed for this design project. The first is to consider re-routing existing drainage from Mingus Avenue to Railroad Wash. The second item was to consider an alternate form of traffic control at the intersection of Mingus Avenue and 12th Street.

The additional cost of both sets of design changes is $70,452.00 ($23,949.00 for drainage diversion/mitigation evaluation from the 11th Street area to Railroad Wash; and $43,503.00 for the design of a mini-roundabout at 12th Street). The project is budgeted through the General Fund for $2,200,000. There is the potential for HURF funding and a potential grant with Yavapai County Flood Control District for drainage improvements.

There will be a public hearing and first reading regarding Council-initiated zone changes being sent back to Planning and Zoning in every case.

Community Development staff has identified the need for an update in the procedures section of the existing zoning ordinance. This is due to concerns from the City Council in regards to project approvals, zone changes, and text amendments and the requirement for any modifications proposed/desired by Council to go back to the Planning & Zoning Commission for a report in every case before being voted on by City Council. This sometimes creates unnecessary delays on projects and amendments.

There will be a public hearing and first reading regarding a text amendment that would change the maximum height and size of freestanding signs in commercial districts.

The Planning and Zoning Commission held a public hearing and considered the proposed Zoning Ordinance text amendment at their meeting Nov. 20 and recommended approval.

In October 2008, Section 405 “Signs” in the Zoning Ordinance was amended to allow freestanding signs located on major arterials and state highways to be 20 feet in height and 60 square feet in area.

There will be a public hearing and first reading regarding standards for protesting proposed rezoning.

The Planning and Zoning Commission held a public hearing and considered the proposed Zoning Ordinance text amendment at their meeting Nov. 20 and recommended approval as presented.

In May 2017, the Governor approved House Bill 2116 for amendments to Arizona Revised Statutes Section 9-462.04, regarding the standards and procedures for a legal protest to a proposed change of zoning. A text amendment to the Cottonwood Zoning Ordinance is proposed so as to ensure the Zoning Ordinance is in conformance with applicable statutes. The new legislation redefines how property owners are determined to be eligible to file a written protest against a proposed zoning amendment.

The Cottonwood Zoning Ordinance describes procedures for property owners to file a protest against a change of zoning. If a certain percentage of neighbors within a defined area protest, then approval requires 3/4 vote of the City Council. The existing Zoning Ordinance section describing these procedures is based on previous language in Arizona Revised Statutes. The proposed amendment is based on the new language in ARS.

There will be a public hearing and first reading regarding the Outdoor Lighting Code.

At the direction of City Council, Community Development staff has been preparing to be a designated Dark Sky Community. Staff has been working with the International Dark Skies Association (IDA) and a small committee in order to make the current codes dark sky friendly.

An amendment was presented at the Nov. 20 regular meeting of the Planning and Zoning Commission. The motion was to recommend approval to the City Council.

Council could approve the proposed Request for Proposals (RFP) for an Airport Tenant/Service Provider.

The Cottonwood Airport currently has multiple facilities that are either unused are underutilized and the City Council has provided strategic initiatives for the City of few of which include: Establish Cottonwood as a premier tourist destination; position Cottonwood as a business location; explore new sustainability options; and determine opportunities for possible reductions in expenditures and potential unmet needs requiring additional funding.

Development Resource’s staff has developed a RFP which invites businesses to supply proposals to lease city space and conduct aviation related business from city owned airport facilities. A successful growing business(s) at the airport would likely be able to move the airport toward the strategic initiatives listed above. The intent of the RFP is to not describe the type of business that would be located on the field, although preference will be given to a company which would provide aircraft mechanical services.

Staff says the lease of the facility(s) will generate income in order to make the airport more self-sustaining, and that a business located at the airport will entice growth of the airport as an economic engine. A business on the field will entice and welcome visitors, said staff.

Some Airport stakeholders are concerned that if all facilities are rented to one tenant/business that business would have too much control of the airport.