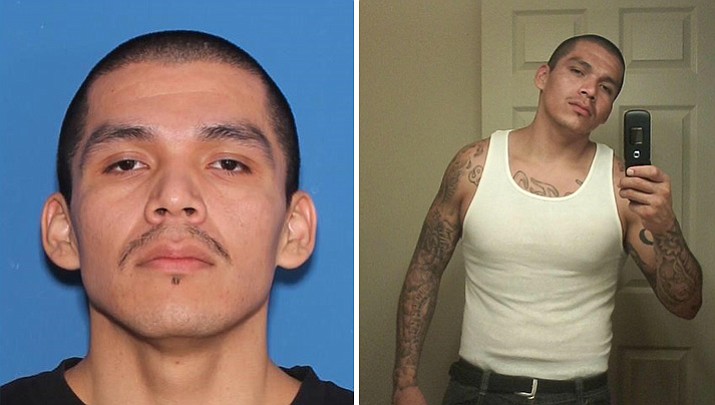 According to a news release from the Cottonwood Police Department, Benjamin Pita was arrested and booked on a federal parole violation warrant.

Pita will remain in their custody until the federal case is adjudicated.

Police said federal agencies will be in contact with the Yavapai County Attorney’s Office Warrant Division regarding extradition to Yavapai County to face felony charges related to the stabbing.

According to a previous news release, Pita stabbed a 53-year-old Camp Verde man numerous times in the face, neck, arm and chest while in a car. The victim was driving and Pita was the passenger.

Pita jumped out of the vehicle in the area of East Thousand Trails Road and fled on foot.

Another passenger moved the victim to the passenger seat and drove to a convenience store in the area of Western Drive and SR 260 and called 911, stated the release.

Police said all occupants of the vehicle are known to each other, however, the motive is still unclear.

The victim was flown to Flagstaff Medical Center due to the seriousness of his injuries and extreme blood loss.

According to the release, the victim survived the attack and has since been released from the hospital.

Pita was on supervised federal parole, and the FBI was notified as probable cause existed to arrest him.

He remained at large until Thursday when he was arrested in Tucson.