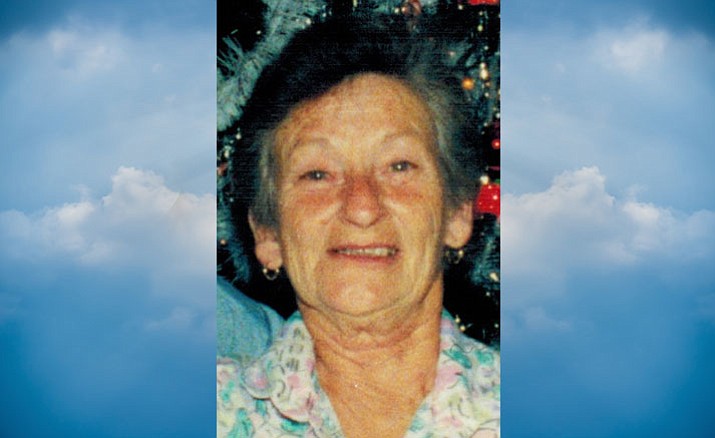 Wilma Jane Brooks, 84, of Rimrock, passed away with family by her side at her home in Rimrock on Wednesday, December 13, 2017.

She was born on February 19, 1933 in Falls City, Nebraska to the late John William Dougherty and Lois Marie Dougherty (Strough).

She was predeceased by her loving husband of 23 years, Keith Robert Brooks.

Wilma and Keith moved from Falls City, Nebraska in 1955 to raise their children in Duarte California. She retired from K-Mart in 1989 and moved with family to Rimrock, Arizona. It was there that she lived out the rest of her days.

Wilma was the second child of 6 siblings. She is survived by 2 siblings, Wayne Dougherty and James Dougherty.

She was predeceased by 3 siblings Vivian Dougherty, Robert Dougherty and John Dougherty.

Wilma enjoyed family gatherings and cooking for her loved ones. She loved to garden and spend time working on her land. She had a big heart for animals and was the mother to many fur babies.

Her love and influence will forever remain in the hearts of all that love her. She will be greatly missed by everyone that knew her.

A viewing will be held at Oakdale Memorial Park in Glendora, California from 5-9 pm on January 5, 2018.

Funeral services will also be held at Oakdale Memorial Park from 1-3 pm on January 6, 2018.

Flowers, donations, and condolences may be offered at 4750 North Gone Fishin, Rimrock, AZ 86335.