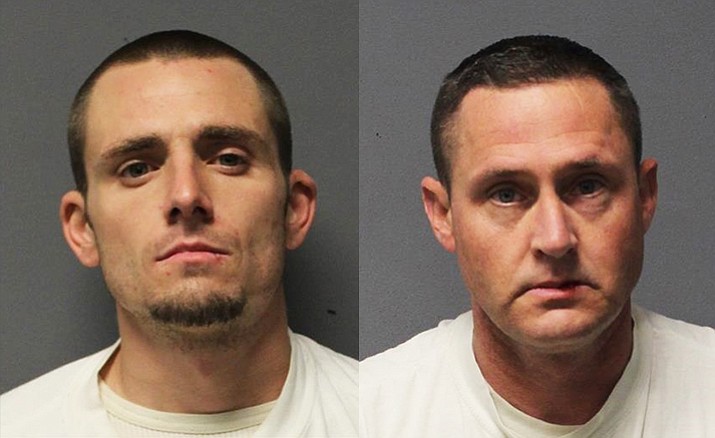 The Partners Against Narcotics Trafficking Task Force (P.A.N.T.) received information from another Arizona Drug Task Force suggesting 34 year-old Michael Margerison may have recently moved into Yavapai County and that he had an active felony warrant issued for his arrest.

The arrest warrant stemmed from charges related to fraud, conspiracy to transport dangerous drugs for sale and money laundering.

Around 4:30 p.m. Wednesday, P.A.N.T. detectives, assisted by a lead provided from the YCSO, located Margerison in 900 block of S. Main Street in Cottonwood, according to the release.

Margerison was contacted and arrested by detectives without incident while he was seated in a parked vehicle. Detectives also located approximately 1.2 grams of methamphetamine and related drug paraphernalia on his person as he was taken into custody.

YCSO said his passenger, 24 year-old Aquilino Exposito IV was taken into custody as well after a usable amount of heroin, used syringes and other paraphernalia was found inside the vehicle.

“We are thankful for the information we receive on a daily basis from law enforcement and community members who provide us with the ability to further investigate these types of crimes. It reinforces the efforts and makes a statement that everyone shares a significant role in helping alleviate drugs from our communities, said P.A.N.T. Detective Sergeant Gareth Braxton.

“We are grateful for those relationships.”