Commentary: A smoother ride for Donald Trump in 2018? 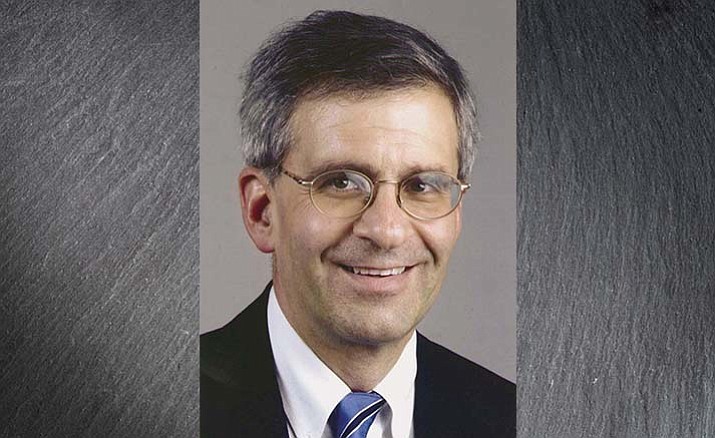 The year began with portentous questions: How will Donald J. Trump govern? How will the markets, which crave stability, react to a president who creates chaos? Can the Republicans, stricken with doubts about the chief executive and riven by factions, unite to redeem their fondest dream, the repeal of Obamacare? Will Trump, a magnet for publicity and controversy, continue to command the center ring in a nation with compelling sideshows in the arts, in sport, in commerce and finance?

So, as we pause for holidays, reflection and far too many refreshments -- pass the peppermint bark, stir the eggnog and bring on the apple pie -- let’s linger for just a moment on the questions being posed for next year:

Will the Trump boom persist?

No one, except perhaps Trump himself, predicted the magnitude of the economic surge, which his detractors -- somehow forgetting that Bill Clinton crowed about the economic recovery he inherited -- feel had little to do with the president. This is an eternal debate, never to be resolved. (Did John Kennedy produce the economic boom that began two weeks after he was inaugurated, or is that Dwight Eisenhower’s legacy?)

The one sure thing about booms is that they do not last.

Republicans are arguing that the tax cut they passed last week will extend the boom, maybe even boost the boom, but the public is skeptical; only a quarter of Americans, according to the latest Wall Street Journal/NBC News poll, consider the tax bill a good idea, as opposed to 41 percent who think it wasn’t.

Trump expressed an entirely different view on Twitter moments before final passage of the legislation: “This is truly a case where the results will speak for themselves, starting very soon. Jobs, Jobs, Jobs!”

Will Republicans reach some kind of political and cultural equilibrium?

This one is quite significant because unlike any of the seven previous struggles for the party’s soul, this is not only ideological and temperamental. It is also generational. Figures such as Bush and former Senate Majority Leaders Howard H. Baker Jr. of Tennessee and Bob Dole of Kansas -- indeed, even the current GOP floor leader, Mitch McConnell of Kentucky -- are clearly figures from the Republican past.

The future is raucous, rancorous -- and unpredictable. At stake here is the profile of the new GOP, the (dimming) prospects of bipartisan legislation, and the fate of House Speaker Paul Ryan of Wisconsin, who in any case is no friend of the contentious Freedom Caucus, doesn’t like his job and deplores the difficult position it puts him in.

Which leads to the next vital question:

What are each party’s prospects in next year’s midterm congressional elections?

This is perhaps the greatest domestic uncertainty of the year. The Democrats harbor hopes of taking over the Senate, where Republicans hold a slim 51-49 advantage, and they take comfort from this month’s victory in the Alabama Senate race and from Trump’s low poll soundings, which show the president with an approval/disapproval rate of about 37 percent to 57 percent.

But here is a more sobering figure: Next year’s Senate elections involve 26 seats held by Democrats or independents loosely aligned with them and only eight seats held by Republicans. That’s a strong Republican advantage, with 10 of the Democratic seats being contested in states Trump carried last year.

At the same time, the entire House, now under Republican control, is up for grabs. House races tend to be local, affected only marginally by national factors, though Trump is so dominating a figure in the American imagination that Democrats inevitably will try to transform individual races into referenda on the president.

The first political test of the year, on March 13, is in southwestern Pennsylvania, a special election to fill the vacancy created by the resignation of GOP Rep. Tim Murphy. The 18th district of Pennsylvania is in many ways an enigma -- older and whiter than America as a whole, it has a Democratic registration advantage, but it delivered precisely 58 percent to both Mitt Romney in 2012 and Trump in 2016.

Those three questions -- about what fate has in store for the economy, the Republican Party and the midterm congressional elections -- loom large for next year. But there’s more. Terrorism. North Korea. Immigration. The looming HQ2 decision from Amazon. Plus, of course, the unanticipated crises -- perhaps the termination of the endangered NAFTA agreement, maybe an imbroglio involving China, surely something to do with the Russian factor in the 2016 election.

But for now, enjoy the soothing flavor of that peppermint bark. Hard days lie ahead.

David M. Shribman is executive editor of the Pittsburgh Post-Gazette. Cindy Skrzycki is senior lecturer in the English Department at the University of Pittsburgh. Natalie Louise Shribman is a third-year rabbinical student at Hebrew Union College, Cincinnati.