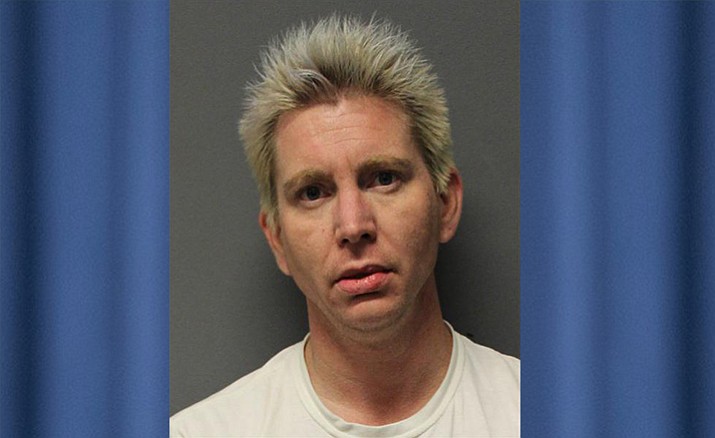 CAMP VERDE – Richard Byard Sumner Jr., 44, pleaded guilty Wednesday to three counts of exploitation of a minor related to the creation, possession and transportation of child pornography from May 2014 to March 2016. The State offered Sumner a plea deal, which Sumner accepted.

One stipulation of the plea deal stated that Sumner agreed to testify in the trial of co-defendant Gary “Jay” Zimmerman, who was allegedly photographed engaging in sexual conduct with a minor by Sumner in Cornville in May 2014.

Zimmerman, of the Village of Oak Creek, is scheduled for a five-day trial January 2018.

According to the factual basis stated by Sumner’s attorney, Matthew Cochran, Sumner travelled to California with the photos saved on a cell phone and a computer.

The photos were discovered by an individual who then gave them to the Yavapai County Sheriff’s office on a CD, prompting the investigation.

According to a news release on the incident from Yavapai County Sheriff’s Office Media Relations Coordinator Dwight D’Evelyn, the investigation uncovered photographic evidence recovered during the service of search warrants in Long Beach that confirmed the molestation of a male teenaged victim by Zimmerman on several occasions in the Village of Oak Creek.

Both Zimmerman and Sumner were arrested in September. Sumner, who was living in Long Beach, was extradited from Los Angeles County to Yavapai County.

State prosecutor Ethan Wolfinger confirmed that all of the photos involved were taken in Yavapai County.

Sumner could potentially be put on probation for 7 years to life, but also faces a potential 3 years of prison to a maximum of 12.5 years in prison. He will be required to register as a sex offender and could owe restitution to the victim.

Judge Michael R. Bluff did not give indication on what he is inclined to sentence Sumner to.

“I’m not telling you today that I’m putting you on probation,” Bluff said.

Cochran also told the court that he does not anticipate the federal government will pursue charges against Sumner, but he is awaiting official confirmation. The state of California is not pursuing charges as of the hearing.

Sumner’s plea was accepted by the court. Sentencing was scheduled for Jan. 23, 2018.