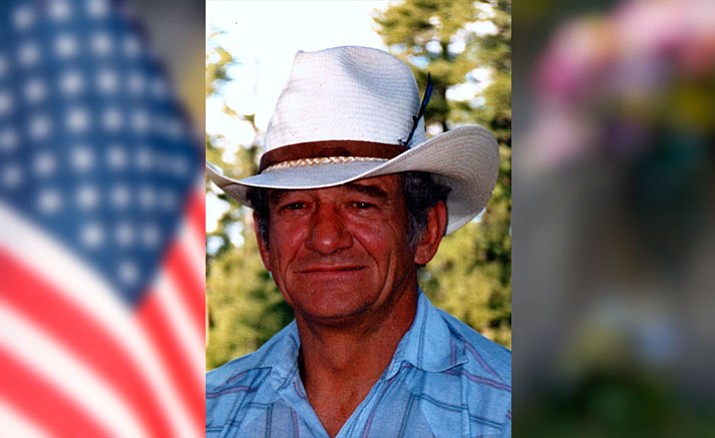 Volly served his country in the Army during the Vietnam War.

For most of his life he was a trucker and owner/operator. He even drove trucks in Vietnam hauling troops’ ammo and supplies. Volly was an excellent guitarist, self-taught playing by ear. His country style entertained many throughout the area as well as other parts of the country. Volly attended the Nazarene church in Cottonwood. He was a life member of the VFW Post 6739 and American Legion #93.

As a young man he stunted in a number of movies in Sedona and locally. He got to know many stars including Elvis and John Wayne. Volly was set to play a young Wayne until Wayne himself advised against it but still to many of us he will always be our Duke.

He was much loved and will be missed.

Services with military honors will be held at Westcott Funeral Home in Cottonwood on Wednesday, January 3, 2018 at 1 pm.